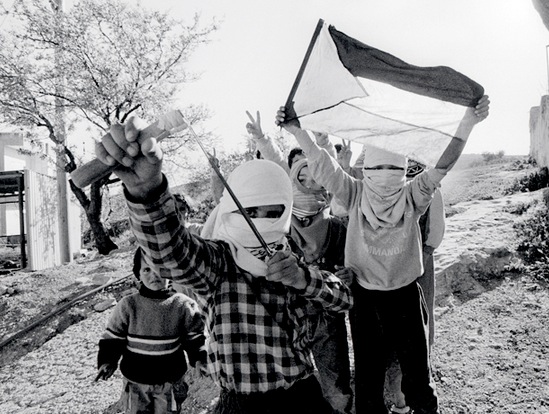 There are three visions of peace in the seemingly never ending, but really rather brief, Israeli-Palestinian perpetual crisis. One peace features two independent countries living in collaborative harmony on a piece of land approximately the size of New Jersey. Another peace yearns for a messianic Jewish state stretching from the blue Mediterranean shores to the Jordan River, and possibly beyond. The third and final peace is expected to materialize after the Zionist entity has been permanently erased from the face of this earth, or at least from the face of that New Jersey size holy piece of land.  Each definition is amenable to slight compromises in form, but not at all in substance.

There are three visions for the future of medicine in the seemingly insurmountable, but really rather minor, perpetual health care crisis in America. One future of medicine sees physicians unencumbered by useless administrative tasks, wielding sleek and useful technology tools, offering the best medical care to all patients who need and want attention. Another future is yearning for the revival of chickens and charity as bona fide methods of payment for whatever medical care the free market wishes to bestow on the less fortunate. The third and final future is one devoid of most middling and often faulty doctors, where the health of the nation is enforced by constant computerized surveillance with fully automated preemptive interventions.  Each definition is amenable to slight compromises in form, but not at all in substance.
Years ago I used to walk the streets of East Jerusalem, buy dates in the open air markets of Jericho, and search for the perfect plate of hummus in Ramallah. Everywhere I went people wanted the same things I did. They wanted the rain to stop, or the hams in to break. They wanted their coffee hot and strong and their bread soft and warm. I said shalom and they said salaam and we all meant the same thing, because ironically people in the Middle East always wish peace upon each other, and people like us, who buy and sell cheap jewelry or dates or hummus, actually mean it.

Years ago I used to hang out with software programmers, writing code for hospitals, doctors, nurses, billers and schedulers. Everywhere I went these strange looking techie nerds wanted the same things I did. They wanted the overhead lights in the office to be off, and the whiteboards to be bigger. They wanted their Java to compile without error and their curly braces to be perfectly aligned. They worked days, nights, weekends and holidays to keep the lab printers running on every floor. They managed to convince themselves that somewhere in a hospital far away, a patient may get better sooner, or a doctor will see something he may have missed, and an exhausted nurse will breathe a sigh of relief, if they managed to get the face sheets to look just right.

There is always some effort underway to fix the Israeli-Palestinian problem. Many such efforts have gotten as close to an equitable solution as Moses got to the Promised Land, only to discover that the last barrier is insurmountable. What’s to become of Jerusalem? Who owns the holy ruins of past civilizations, and the tombs of dead prophets? Whose religion bestows the ultimate rights of ownership over rocks and boulders that are coveted by all religions? Should it be the religion that started it all? Should it be the religion with the biggest cathedral, or the religion with the biggest guns? Is possession nine-tenths of the law? Perhaps ownership is the wrong way to think about this. Perhaps access is a more pertinent concept and the historical manifestations of God on this earth should become the commons of all religions. Perhaps, but not today.

There is always some effort underway to fix health care in America. Decades of legislative, regulatory and business driven efforts have gotten us almost universal access to the most un-affordable health care system in the world, only to discover that “information blocking” is a barrier to health. Information is power, but aggregate information is also a tool for amassing wealth, and massive information, of the big data type, is practically legal tender. What’s to become of this seemingly self-generating big data? Who owns the streams of life once they are transformed into data? Whose role in the digital extraction process bestows the ultimate rights of ownership over the monetary value of people? Should individuals own their digital emissions (defeating the entire purpose of this exercise)? Should the collectors own the data? Should the purveyors of data containers own what’s being accumulated inside? Is possession nine-tenths of the law?  Perhaps ownership is the wrong way to think about this. Perhaps access is a more pertinent concept and our aggregate digital lives should become the commons of all people everywhere. Perhaps, but not today.

Jerusalem is not the real problem. There will be no resolution for the Israeli-Palestinian crisis until hate is defeated, or at the very least silenced. Standing with your back against the deep sea and listening to incessant drum-rolls of death, dismemberment and extermination is enough to ruin the best gin and tonic at the best club on the most beautiful night on the Tel-Aviv promenade. Deep down you know that the people you met in Jericho, Ramallah and East Jerusalem would much rather get drunk with you in the club, than blow themselves up at the door, but that doesn’t seem very comforting tonight. Jerusalem and all its holy ghosts will be solemnly shared only when everybody benefits from this arrangement, including the millions of people whose lives are at stake here, and excluding the fiery tongued hate mongers who pass as leaders in some parts of this world. Until that day comes, Jerusalem will keep taking our lives, our children, and worst of all, our humanity, in the biggest hoax ever staged by mankind.

Information blocking is not a real problem. There will be no solution to our health care crisis until greed is defeated, or at the very least tightly controlled. Siphoning hard cash in the form of “information” from medical facilities into the coffers of third party data processors, seeking to supplant traditional medicine with computerized cost-benefit analysis, cannot possibly be met with enthusiasm by the doomed. Serenading the public with psychopathic prophecies of eternal health, while stealing their personal information to more accurately find and extract money from their wallets, and to curtail all freedom of choice, is not helping either. Information will flow freely only when everybody benefits from the torrent, including the millions of people whose lives and liberty are at stake here, and excluding the smooth tongued wealth extracting machines which we call leaders. Until that day comes, information will flow haltingly, under duress, in the biggest jail ever created by mankind.

There is an old saying in Hebrew stating that a dead fish stinks from the head, but there is also an old saying in Arabic promising that each dog shall have his day, so there may still be some hope. We the people who are happy and satisfied with hot coffee, a loaf of bread, a nice whiteboard and a little less light shining on us, have no use for crises of any kind. It is the power drunk, greedy and shamelessly opportunistic (mostly) men calling themselves leaders, who manufacture crisis after crisis, to justify their own miserably exalted existence, because crisis and leadership are like a nightmarish version of the chicken and the egg dilemma.  There is no material difference between the rough lunatics, preaching fear of thy neighbor, and promising boundless paradise in return for mindless violence in this world, and the sleek captains of industry, preaching fear of natural life, and promising boundless health on this earth in return for mindless submission to infallible algorithms for the duration.

The crisis masters of Middle East death and American health are both driven by the same “selfish and boundless thirst for power and material prosperity” (to put it delicately). The former manifests itself in the lucrative fire and brimstone raining over that hapless portion of the world since the day Abram chose to change his name to Abraham. The latter is how we the people of the new world go gentle into that good night.

Margalit Gur-Arie is an author, entrepreneur and a partner at BizMed