Is eClinicalWorks the Next Volkswagen? 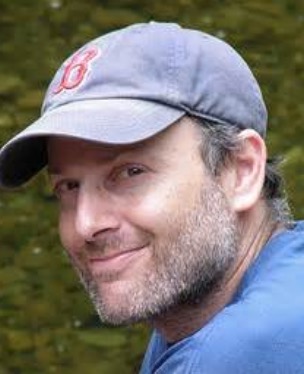 Since the Department of Justice announced the ground-breaking $155 MM settlement with eClinicalWorks (ECW) on Wednesday, industry response has been dizzying.  Let’s collect the facts and review what it means.  I reviewed it all in greater detail yesterday here.

A short summary:  EHR developer eClinicalWorks settled a legal dispute with the Department of Justice that commits them to pay $155 Million, provide free services to customers, and undergo oversight for five years.  The government found that ECW faked certification testing: the EHR software was certified as having capabilities that it didn’t have. Tens of thousands of care providers collected millions of dollars when they attested to the meaningful use of a certified EHR. DOJ therefore states that “ECW caused the submission of false claims for federal incentive payments based on the use of ECW’s software.”

And we’ve heard the analogies:

Is this an indictment of the certification program?  Not at all.  While the program may not yet be “just right,” without certification, there would be no basis for any legal complaint against ECW, and this would all have remained hidden.  Despite the persistent calls for ONC to roll back the program, this case makes it clear that such a move would be a direct threat to public safety, and would invite more of these shenanigans.  ECW is indeed the VW/Ray Stoller of health IT (I don’t think the Uber metaphor sticks) but just as there are more car manufacturers than just VW who cheated on diesel emissions, there are more health IT developers who cheated too.  Perhaps not so boldly or carelessly as ECW, but I am 100% certain that there are other companies who have done this, and I’m confident that the government is investigating these others.

What this means for the industry

Some have argued that care providers are going to “go after” health IT developers and mimic the original plaintiff in hopes of “cashing in” or punishing these companies for “usability and design issues.”  But this is not the case.  This happened because of faked tests, not just bad design.  The industry is full of careful, thoughtful, passionate software designers and engineers who are working hard to deliver great products that improve health, and facilitate safe, efficient medical care.  Just as VW’s root problems were cultural, the root cause here is a “check the box” mindset that was pervasive at ECW.  Indeed, I had direct personal interactions with ECW staff when I was at ONC that confirmed ECW’s consistent lack of understanding of some facets of the certification program.  If one views EHR certification testing as an annoying hurdle that must be jumped, the program (and the policy goals it represents) wont’ be taken seriously, and cheating won’t seem unethical.   Would you want your EHR to be developed by someone with this mindset?

The culture that EHR developers need to maintain is one of integrity, transparency, collaboration, and humility.  This event is a great reminder for health IT companies to reinvest in the important (but sometimes forgotten) work that creates such a culture.

Purchasers of health IT who are unable access system capabilities for which their products are certified (check the certification status here) should first contact their EHR developer and insist that the capabilities be enabled.  (There may be additional cost for this – but the developer is required to publish the costs and limitations.  Here is the ECW disclosure as an example.  Find the link to disclosures on the certification status page.)  If you still can’t find a way to get the software to behave properly, contact ONC.