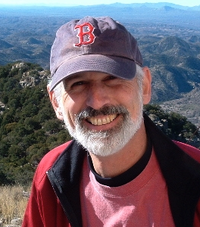 I don’t mean this in a partisan way, but it is really distressing to read this New York Times article about Republican plans to dismantle parts of the recent health care bill by using the appropriation powers of the House of Representatives. I say this because of the unintended consequences that will result if they are successful in this approach. Let me give an example.

I think one of the most important aspects of the law is “guaranteed issue” of health insurance: Insurance companies will no longer be permitted to use pre-existing medical conditions as a bar to coverage. A concomitant of guaranteed issue is the individual mandate, the requirement that all people purchase health insurance. Why?

Left to their own, insurers will impose pre-exisiting conditions types of restrictions because they understand the moral hazard aspect of insurance. Healthy people provide an actuarial balance to sick people. If people only buy insurance when they need care, the risk profile of the insured population rapidly swings, upsetting the actuarial calculations used to establish premiums. So, if these restrictions are outlawed, everybody needs to be in the risk pool. Accordingly, you have to ban optional insurance.

But look at this quote from the article cited above:

Republican lawmakers said, for example, that they would propose limiting the money and personnel available to the Internal Revenue Service, so the agency could not aggressively enforce provisions that require people to obtain health insurance and employers to help pay for it.

I think the Republicans know that guaranteed issue is popular with Americans, and so they do not directly want to repeal that provision of the new law. But what will happen if healthy people start to opt out of getting insurance, only to return when they get sick? The system will quickly get out of balance. Ironically, this will only cause premiums to rise. I don’t understand why the Republicans would want that to happen, and I fail to see a strategic political advantage arising from that result.

This makes me wonder if they have thought this through completely and whether they understand the unintended consequences of their proposed actions.