Commentology: Healthcare in the UK 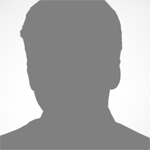 I am, if you like, Joe the Plumber living here in the UK just to the North of London. I have no particular political mandate in terms of the NHS (more of this later). I don’t work for the NHS or have any other such vested interest. Nor do I have any knowledge or contact etc with any of the Pharmaceutical companies. Hence I am Joe the plumber. I am just an ordinary man in the street. Before going any further there is one other thing I would like to state as a prequalification. You have to understand the British mentality (as a generalisation). Many, many years ago we thought it proper and decent to be modest. This then slightly altered to us becoming a nation of moaners and pessimists! Unlike Americans who have (as a generalisation) a wonderful “can do” mentality and optimism.

The NHS is one of the most wonderful things about an excellent lifestyle we have here in the UK. Our weather is better than often reported. (Check out the stats if you don’t believe me) We are full of invention, fun and excel at many world wide industries and sports. But the NHS is one of the best things about the U.K. It is not run by the Pharmaceutical companies who only want to maximise profits. It is not run by lobbyists for their own benefit. It is run for the nation. It is not perfect and you will here the moaners going on about the small percentage of problems (big in number small in percentage). No government ever since the NHS as introduced has ever even considered doing away with the NHS. This is not a political issue in the UK. The NHS is supported by all parties and by everyone. Quite a few people do have private insurance as they can afford to pay for non essential matters or to jump queues. But even they in an emergency will be taken straight to an NHS hospital and receive an excellent service. There will be no queues and no questions asked!

I personally know many people who live in Spain, Portugal etc etc and they all come back to the UK for the NHS. Indeed my own parents lived in Portugal for 12 years when the retired and moved back to the UK at the age of 76!! just for the NHS. Since being back they have used the NHS on a regular basis (they are now 88) and we all have nothing but praise for all parts of this massive organisation. All their care, medications etc etc is free.

About 4 years ago my son was diagnosed with a serious ling term mental disorder. We use the NHS every day. He takes medication every day and will have to for the rest of his life. All this is free and the staff are fantastic

We do live in different societies. It is not for us to advise you as to what is best for your country but do not denigrate or criticise the NHS it is fabulous on a world wide scale. Yes there are problems not least of all trying to move this huge organisation in to the modern technological age plus coping with a huge influx of people from foreign countries many of whom cannot speak English. This has put a massive strain on the resources available, but still the staff provide a fabulous service.

Don’t believe the propaganda from those wishing to feather their own nests. It is too important