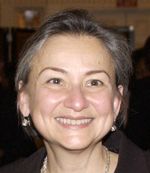 Twenty two years ago I received shocking news: I had Hodgkin’s disease, a cancer of the lymphatic system that affects primarily young people. At the age of 30 I began a long and to date successful effort to fight the disease and regain my health.  I was lucky: I had good health insurance, access to top doctors, friends and family with the wherewithal to help. I also had a good education that helped me navigate the health and insurance systems and also remain employed. I also had a home to go to after each round of chemo and, three years later, after hospital treatment for a recurrence.    “Scott” is not so fortunate. Twenty-seven years ago, at the age of 21, he lost his left leg after a car hit him.  A month earlier, he had lost his job as a forklift operator, and with that, his health insurance. Unable to afford his own home, he was living with his mother. The money he recovered from the driver of the car that hit him barely covered hospital expenses and the lawyer’s fees.

Through his state’s department of rehabilitative services, Scott was able to get a prosthetic leg. Finding work was challenging. For a year he had a job—and health insurance—with an office supply company, but when the company went bankrupt, he was out of work again. He worked as a migrant laborer for a while—with no insurance. When a relationship ended and he moved out, he had no place to go. He’s been homeless on and off ever since.  His family is too poor to help. He is bright and personable, but lacks the education that might help him get a job. He is on multiple waiting lists for housing but has no place to live but the streets. He is searching for work but with a disability and without a home he has so far been unable to find one. Now his other leg is showing signs of problems. What would have happened to me had I been in his place when I was diagnosed? I doubt I would be alive today.  Without health insurance, I would probably not have gotten the early intervention that helped save my life, or access to top doctors, or the latest treatments. Without a home to live in, I doubt I would have survived the depressed immune system and consequent infections that followed my treatments.  And if I were alive, I’d probably have had a much harder and longer time recovering physically and emotionally from the rigors not only of disease but of treatment.  The consequences of lack of access to health care are devastating. The average life expectancy of homeless people in the U.S. today is 30 years less than that of the rest of the population. Homeless people suffer disproportionately from both acute and chronic disease, such as diabetes, arthritis and lost limbs. Disability benefits are extremely difficult to apply for and receive: Except for about a one-year period long ago, “Scott” has never received them, despite his obvious disability. Health care reform is now on the table in Washington, D.C., and it’s long overdue. But to be meaningful, it must include people like Scott. Medicaid, the federal health care program for poor people, does not currently cover all low-income people; in fact, 70% of homeless people are currently uninsured. The program must be reformed, and barriers to it eliminated, to cover all homeless and poor people. It must include primary and preventive care for people like Scott, and not just because they need it desperately. Right now, emergency room care is the primary medical care available to homeless people. Without access to regular, easily available primary care, homeless people have no other recourse. Yet this is the most expensive care, costing an estimated 3-4 times as much as a doctor’s visit, and the most burdensome for all involved. It must include reasonable access to disability benefits for those who are disabled. Currently, about 40% of homeless people suffer from mental or physical disabilities, or both. Yet only 11% receive federal disability benefits due to barriers including address requirements, missing identification documents, or lack of funds to obtain birth certificates and other records required to apply.  Perhaps most important, it must include access to housing. Without a home, virtually no treatment will be effective—for the person, or for taxpayers. A 2004 nine-city study compared the cost of providing supportive housing to homeless persons, including those suffering from mental illness and addiction, to the cost of allowing people to live on the street. In all nine cities, supportive housing was significantly less expensive, and the health care costs were several orders of magnitude less expensive.  Supportive housing reduces health costs by reducing expensive emergency department visits.  For example, the study found that San Francisco hospital costs were over $2,000 per day, while supportive housing was under $50 per day.  We all need health care and we all need housing. It’s part of being human. I had this brought home to me dramatically when I received that diagnosis.

It’s time to recognize that these are also basic human rights.

Maria Foscarinis is founder and executive director of the National Law Center on Homelessness & Poverty, a not-for-profit organization established in 1989 as the legal arm of the nationwide effort to end homelessness.  She is a primary architect of the Stewart B. McKinney Homeless Assistance Act, the first major federal legislation addressing homelessness, and she has litigated to secure the legal rights of homeless and poor persons.  Ms. Foscarinis writes regularly about legal and policy issues affecting homeless and poor persons, and her work has appeared in legal journals, general audience publications, and books. She is a frequent speaker at conferences and other events, and is frequently quoted in the media.