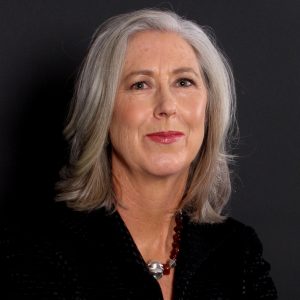 A Culture of Overtreatment

The Dallas/Fort Worth Healthcare Daily ran a fascinating excerpt from the Steve Jacob’s book So Long, Marcus Welby, M.D.* The excerpt contained some very interesting assertions and statistics. For example:

In Medicine, More May Not Be Better

The dull whir of the computer running in the background seemed to have gotten louder as the patient fell quiet. She was a young woman, a primary-care patient of mine, seeking a referral to yet another gastroenterologist. Her abdominal pain had already been checked out by two of the city’s most renowned gastroenterologists with invasive testing, CAT scans and endoscopic procedures.

But she wasn’t satisfied with her diagnosis — irritable bowel syndrome — or the recommended treatment and wanted a third opinion. I tried to reason with her but failed to convince her otherwise. Even when I acquiesced and gave her the referral, she walked out visibly unhappy. I sat there listening to the whirring, feeling disappointed.

Physicians love being liked. They also love doing their jobs well. With other incentives, such as monetary returns, dwindling, the elation we get from satisfying a patient as well as providing them good care is what still makes being a doctor special. But is keeping patients satisfied and delivering high-quality care the same thing? And more important, can patients tell if they are getting good care?

Policymakers certainly think so. In fact, under the Affordable Care Act, Medicare, and Medicaid hospital reimbursements are now being tied to patient satisfaction numbers.

But the association between patient satisfaction and the quality of care is far from straightforward, and its validity as a measure of quality is unclear.

In fact, a study published in April and conducted by surgeons at the Johns Hopkins School of Medicine showed that patient satisfaction was not related to the quality of surgical care. And a 2006 study found that patients’ perception of their care had no relationship to the actual technical quality of care they received. Furthermore, a 2012 UC Davis study found that patients with higher satisfaction scores are likely to have more physician visits, longer hospital stays and higher mortality. All this data may indicate that patients are equating more care with better care.

Although patients and their physicians generally have similar goals, that is not always the case. As a resident, who is not paid on a per-service basis, I have no incentive to order extra testing or additional procedures for my patients if they’re not warranted. But one study found that physicians who are paid on a fee-for-service basis and therefore have an incentive to deliver services — needed or not — are more likely to deliver these services (such as an MRI for routine back pain).

On top of that, as another study found, they also are more liked by their patients. It is no wonder then that the number of patients with back pain, one of the most common reasons for physician visits, are increasingly being overmanaged with MRIs and narcotic pain medications.

The wellness emphasis in the Affordable Care Act is built around the Centers for Disease Control and Prevention’s (CDC) 2009 call to action about chronic disease:  The Power to Prevent, the Call to Control.   On the summary page we learn some shocking statistics:

Shocking, that is, in how misleading or even false they are.  Take the statement that “chronic diseases cause 7 in 10 deaths,” for example.  We have to die of something.   Would it be better to die of accidents?  Suicides and homicides?  Mercury poisoning?   Infectious diseases?    As compared to the alternatives, it is much easier to make the argument that the first statistic is a good thing rather than a bad thing.

More importantly, the second statistic begs the question, how are they defining “chronic disease” so broadly that half of us have at least one?    Are they counting back pain?   Tooth decay?  Dandruff?   Ring around the collar?    “The facts,” as the CDC calls them, are only slightly less fatuous.   For instance, the CDC counts “stroke” as a chronic disease.   While likely preceded by chronic disease (such as hypertension or diabetes) and/or followed by a chronic ailment in its aftermath (such as hemiplegia or cardiac arrhythmias), a stroke itself is not a chronic disease no matter what the CDC says.  Indeed it is hard to imagine a more acute medical event.

They also count obesity, which was only designated as a chronic disease by the American Medical Association in June–and even then many people don’t accept that definition.   Cancer also receives this designation, even though most diagnosed cancers are anything but chronic – most diagnosed cancers either go into remission or cause death.    “Chronic disease” implies a need for and response to ongoing therapy and vigilance.  If cancer were a chronic disease, instead of sponsoring “races for the cure,” cancer advocacy groups would sponsor “races for the control and management.”  And you never hear anybody say, “I have lung cancer but my doctor says we’re staying on top of it.”

The Promise of Electronic Healthcare Records

In his parting interview with the press,  he noted that 20 percent to 30 percent of health spending is “waste” that yields no benefit to patients.

Berwick listed five reasons for the enormous waste in health spending:
*Patients are overtreated
*There is not enough coordination of care
*US health care is burdened with an excessively complex administrative system
*The enormous burden of rules
*Fraud

Certainly regulatory reform is needed, but electronic health records can go far to addressing each of these issues.

No doubt you have read that ambulance-chasing lawyers have escalated their assault on health care providers, and that as a result, malpractice insurance premiums have been levitating, along with malpractice suits, further hiking the cost of medical care.

Various solutions have been floated, including “caps” on compensation for pain and suffering; “health courts” where expert judges replace juries; immunity for doctors who follow “best practice guidelines;” and “full disclosure” policies which urge doctors and hospitals to move quickly to disclose errors, apologize, and offer compensation.

In the end, the best solutions would make malpractice reform part of heath care reform. Our malpractice system should be redesigned to reduce medical mistakes, fully compensate patients who are injured by human error, reward doctors and hospitals that disclose errors, and penalize those that try to “cover up.” When it comes to the cost of malpractice, reform should slash the exorbitant administrative costs built into an adversarial process that moves at a snail’s pace, while subjecting both plaintiffs and defendants to what a recent report from the American Enterprise Institute rightly describes as “inhumane.”

Doctors apparently seemed to order more tests.  Patients, not surprisingly, agreed.  After all, without adequate medical knowledge or experience, how sure would you be if a doctor recommended a test and you declined?Continue reading…