Dear Mrs. Clinton, Is the Public Option Really an Option? 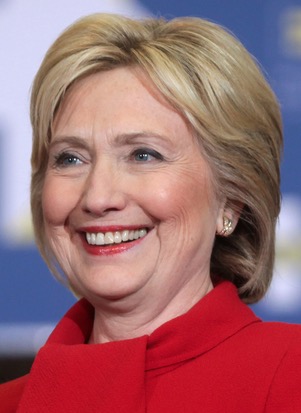 On July 11, 2016, the Journal of the American Medical Association published an article written by Barack Obama, JD.  The JD (juris doctor) part reflects the fact that the author graduated from law school.  Listed among the article’s purposes is to “recommend actions that could improve the health care system.”  One of those recommended actions is “introducing a public plan option in areas lacking individual market competition.”  While the President devoted only a small portion of his article to the public option, this is what he wrote:

“Some parts of the country have struggled with limited insurance market competition for many years, which is one reason that, in the original debate over health reform, Congress considered and I supported including a Medicare-like public plan. Public programs like Medicare often deliver care more cost-effectively by curtailing administrative overhead and securing better prices from providers.  The public plan did not make it into the final legislation. Now, based on experience with the ACA, I think Congress should revisit a public plan to compete alongside private insurers in areas of the country where competition is limited. Adding a public plan in such areas would strengthen the Marketplace approach, giving consumers more affordable options while also creating savings for the federal government. ” (Emphasis added)

Note that the recommended action quote proposes a public option “in areas lacking individual market competition (emphasis added).”  The individual market means non-group, non-employer coverage contracted for and paid for individually, still a relatively small part of the entire insurance market, albeit growing.   Yet the larger quoted paragraph is not so limited, nor is Hillary Clinton’s ambiguous (intentionally so I suspect) adoption of Bernie Sanders’ position on the subject.  Ms. Clinton always has favored a public option.  But when you add it to her additional announcements about allowing the over 55’s into a Medicare-type coverage, we are well down the slippery slope toward single payor federally run health insurance.

Let’s look at the public option a little closer.

If the public option becomes law and is implemented, we already have a pretty good idea of what it will be like.  Medicare.  What do we know about Medicare?

Even so, a 2009 survey reported that more than 60% of physicians supported a public option.  Really now.  If implemented, an even greater portion of their revenue will be paid by the federal government at those way lower rates.

The other way that Medicare puts a dent in its costs is by a lower per insured operating expense.  To put it bluntly, of course Medicare has a lower per insured operating expense rate.  Its scale is enormous, and it does almost nothing other than process claims and take in money.  Medicare does not manage care or do the myriad other things that private insurers do.  To put it in context, Blue Cross & Blue Shield of RI covers about 500,000 lives.  An expenditure by the RI plan (say a significant technology upgrade) of $50 Million would add $100 to rates.  At last look, the Medicare program had almost 54 Million insureds, so a similar spend by Medicare would add 93 cents to its rates.

And even with all that, Medicare is not as “efficient” as it seems.  Forbes published an article exposing the myth of Medicare’s low administrative expenses that puts all of this in better for us.

As I’ve written time and time again, operating expense accounts for a small portion of premiums, less than 10%.   The CBO in a 2015 Report on p. 34 stated that in 2012, 88% of insurers’ revenues covered healthcare costs (actual claims paid for services to their insureds) while 12% went to operating expense and profits (or for nonprofits contributions to reserves).  Those margins ranged from 2-3%.  Compare that with virtually any other industry.

And the 88% of the premium bill, claims expense, is driven by fees and rate of use of medical services (i.e., insurance premiums not only cover increases in fees paid, but also increases (or decreases) in the rate of use of services and products by insureds).  In that regard, it is very different from inflation or CPI which reflects price (the equivalent of fees) increases or decreases.

IF the federal government is suggesting that private insurers “be kept honest” and reduce their costs, the only way they can do that with a significant impact on rates is by reducing the fees paid to providers or reducing the per member use of services.  There are no other ways.  In regions where there is just one private insurer, usually the lack of alternatives for providers gives such insurers leverage to negotiate very low fees.  Which makes for bad press and public outcry, but that’s for another time to discuss.  My plan in RI which had a very large market share was accused of doing just that.

I’ll say it again.  An insurer, and particularly a smaller regional insurer, even one without competition, can do only so much to reduce its operating expenses.  Their regulators demand that they do much more than Medicare does.  Customer service, managing care, wellness, employer group servicing, and the list goes on.  And a reduction of operating expense means fewer employees who (we’d hope) do helpful things like customer service and care management.  Just sayin’.

Those proposing a public option might suggest that the federal government, might agree to implement fees that are somehow “comparable” to the private insurers’ fees.  That really won’t work.  And reread what Mr. Obama wrote about “…securing better prices from providers,”  a central basis for his suggesting a public option.

Moreover, even if the government agreed to use fee parity with private insurer, what would happen?  Given that it doesn’t manage care, its claims costs would be in excess of the private insurers because the use by its insureds would be more and its fees are the same.  It would be uncompetitively expensive.

Given the political environment, there may even be some claims this Fall that the public option would stand on its own and be self-supporting.  That was said of the Medicare program in 1967, and look at where we are now.  At least 50% of the cost of Medicare is funded by the general Treasury and not by direct employer/employee contributions (FICA) and beneficiaries’ premiums.

I lived through the fear mongering of the “Domino Effect” of the 60’s in Southeast Asia, eventually serving there for a while in courtesy of Uncle Sam.  I appreciate that slippery slope arguments are too often overstated.  Here, however, it is not.  A public option where the federal government, which is not just a payor but also a user of services and the regulator, steps in as a “competitor” would be devastating to private insurance.  It has the power of the Treasury behind it.  A formidable “competitor” indeed.

Together with Medicare for over 55’s, it would gut the market and get us within shouting distance of Bernie’s single payor governmentally run health insurance dream.  And we (and our children and their children) will somehow have to pay for it, because it’s not “free stuff.”