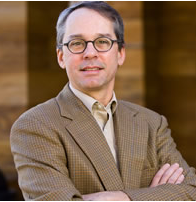 The following article, forthcoming in U. Penn. L. Rev., pinpoints the strongest arguments for and against federal power under the Commerce Clause to mandate the purchase of health insurance:   http://papers.ssrn.com/sol3/papers.cfm?abstract_id=1747189

Among the key points I make in defense of this federal law are:

1. The “commerce” in question is simply health insurance, and not the non-purchase of insurance as challengers have framed it.  Because “regulate” clearly allows both prohibitions and mandates of behavior, mandating purchase is lexically just as valid an application of the clause as is prohibiting purchase or mandating the sale of insurance.

2. Although existing precedent might allow a line to be drawn between economic activity and inactivity, there is no reason in principle or theory why such a line should be drawn in order to preserve state sovereignty.  Purchase mandates, after all, are as rare under state law as under federal law.

3. Challengers do not seriously dispute the constitutional validity of the ACA’s regulation of insurers or the economic necessity of the mandate in order for that regulation to be effective.  In fact, they essentially concede the mandate’s necessity by asking to strike the entire law if it is declared invalid.  Accordingly, the mandate would pass the tests for constitutional necessity articulated by at least seven of the Justices in the Comstock opinion last year, and might even pass the necessity test embraced by Justices Thomas and Scalia.

4. An important challenge, not yet clearly discussed by court opinions to date, is that the mandate does not, strictly speaking, simply “carry into execution” Congress’ other regulatory powers, but is the exercise of a distinct power.  However, both modern and historical precedents under the Necessary and Proper Clause are not limited narrowly to merely implementation measures.  Both Comstock and a series of decisions under the Postal Power are good examples to the contrary since they authorize independent federal powers that expand the range of purposes and measures permitted by express Congressional powers.

5. There is no coherent basis for declaring a purchase mandate to be constitutionally “improper,” and a categorical ban on regulating inactivity would contradict the implicit reasoning underlying several other established precedents — such as those upholding the draft and the Congressional subpoena power.   Also, federal eminent domain allows compelled transactions justified in part by the Necessary and Proper clause’s expansion of the commerce power, when applied, for instance, to citizen’s refusal to sell land for use in constructing highways, bridges, and canals.

6. Using the 10th Amendment to justify a categorical prohibition of purchase mandates (as Randy Barnett has argued) would be no more convincing than using the 9th or 5th Amendments (substantive due process).  Instead, such a move would, for the first time and contrary to precedent, make the 10th a protector of individual liberties rather than just federalism concerns, and would radically enforce an absolute right to economic liberty, regardless of level of legislative justification or judicial scrutiny (see point 9).

7. Slippery slope concerns are no greater here than for any other of a range of expansive federal powers.  Instead, the novelty of the mandate subjects it to greater political constraint, and so “parade of horribles” concerns may be even more unrealistic than similar settings where the Court has rejected them.

8. Grounding the mandate in the Necessary and Proper clause helps to confine its precedential effect by emphasizing it’s necessary role in the ACA’s particular regulatory scheme that, in other respects, clearly resides within the core of the conventional commerce power.  This essential supportive and interconnected role is not shared by free-standing mandates to purchase American cars or broccoli, for instance.

9. Counteracting imaginary slippery slope concerns about absurd hypothetical laws are the legitimate concerns about insurmountable barriers that a prohibition of purchase mandates would erect.  Forbidding Congress from any purchase mandate could cripple necessary efforts, for instance, to require preventive measures in the face of a massive pandemic that threatened tens of millions of lives.