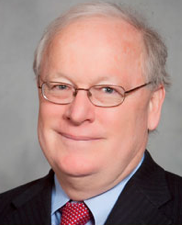 A recent flight on Southwest reminded me of the importance of culture in navigating change in a rapidly evolving environment like we have in health care in the United States today. It is all too easy to focus on all the technical issues hospitals face in setting up Accountable Care Organizations to handle the inevitable global payments that will replace the current fee for service system. This blog is a plea for hospitals and doctors and consultants to pay attention to both the technical and the cultural or adaptive challenges we face in transforming a $2.5 trillion American industry.

Recent articles on companies outside of health care have highlighted how important culture has been to the success or failure of Southwest Airlines, QVC, and Zagat to respond to changing business conditions. Southwest’s COO states “our culture is our biggest competitive strength,” and the flight attendant and pilots’ union worry about how the recent purchase of AirTran will affect their unique culture. I have seen Southwest pilots help clean up the cabin, and the flight attendant on my recent trip told me she was giving up her day off because the company needed her help. QVC is trying to use the same methods and culture that made selling on TV popular with Internet customers. And Zagat, which had cultural troubles moving from book format to online, is now hoping that smart phone applications will reinvigorate their business model.

Harvard’s Ron Heifetz differentiates between technical and adaptive work and I have found this concept useful in working with health systems responding to payment reform. Everyone involved in hospital physician integration efforts will need to undergo a cultural (adaptive) shift because the healthcare reform law and the transition from fee for service to global payments mean the old ways of doing things are not sustainable.

Even if all the technical tasks are superbly done, difficulties will arise if the leadership, management, care teams, and physicians still have the old mindset and culture.

In attending conferences and working with hospital CEOs, I have found that there is more emphasis on the technical tasks that need to be accomplished in order to form an Accountable Care Organization than on the culture such a change will require. I have heard a lot of keynotes filled with power point slides on defining the role and reporting structures for newly formed physician leadership teams; creating system-wide operational councils; and specific legal structures of ACOs so they can accept and distribute global payments. These are all important technical tasks, but they will fail if the culture does not change too.

Two concrete example may help make this point. Sony engineers came up with the equivalent of the iPod long before Apple. However, Sony ran into internal obstacles because of its culture. Sony’s leadership and organization was designed to come up with improvements to the next generation of CD players, but the new iPod technology threatened how Sony’s leaders and engineers thought about their product line. They could not overcome the cultural barriers to marketing such a revolutionary product. Sony’s failure was not one of technical expertise; it was and adaptive failure of cultural mindset.

My travels found me in Savannah, Georgia recently having lunch with Joe Scodari who sits on three Boards of Directors in the health care space. Scodari related a similar story of cultural failure to adapt when Kodak engineers invented the digital camera; the film culture at Kodak did not approve marketing such a transformational product that would cut into Kodachrome film sales. Kodak missed out on digital cameras, and film sales plummeted anyway.

So how do hospital system CEOs avoid the fate of Sony and Kodak as they respond to the sweeping changes in the new federal health care reform law? They must focus on both technical and cultural issues. Jane Kornacki and Jack Silversin who pioneered the physician/hospital compact model and Bob Kegan and Lisa Laskow Lahey who developed the immunity to change model for transformation have much to teach all of us. Physician leadership academies are another essential ingredient in transforming culture among newly employed physicians who are not used to being employees.

Southwest Airlines made money when other airlines floundered; they attribute this success to culture. Hospitals that focus on culture and technical tasks will have a better chance of survival in an environment that is increasingly saying you better get ready to survive on Medicaid rates, not private insurance rates.