Sam’s Club as a locus for (The) Prevention (Plan)? 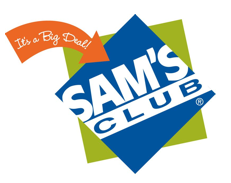 There’s lots going on in the world of online tools for health improvement and prevention. Yesterday I saw a new demo of the latest version of Keas (can’t tell you much but think Zynga!). Just this Fall we had a whole host of wellness tools including Limeade which is working with REI and other employers. Another of our buds in the world of Health 2.0 is Fred Goldstein, who runs The Prevention Plan. Like the others, Fred’s mostly been going after employers as his main client base. But is there room for a consumer-direct online wellness plan?

Fred obviously thinks so and today is announcing that a major retailer, Sam’s Club (the warehouse store owned by the beast of Bentonville) will be selling The Prevention Plan at $99 to its members. Sam’s Club has had a couple of false starts in health care before (remember them trying to sell eClinicalWorks to doctors?) but it’s likely that they think that their members (many of whom are small businesses) might be interested in buying wellness as a consumer product. By the way, Whole Foods CEO John Mackey also said at a conference in October that they’re getting into that business too.

So we’ll see. But maybe this is the way that (at least some of) middle America gets into the world of wellness.

And if you want to get a freebie intro, tomorrow (Saturday) Sam’s Club will be offering free health screenings.