How the Republican Assault on Health Care Could Backfire On Them 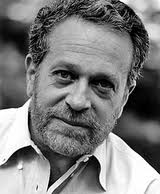 When it comes to health care, Republicans should be careful what they wish for.

Their upcoming vote to repeal the health-care law will be largely symbolic — they don’t have the votes to override President Obama’s certain veto. The real thing happens later, when they try to strip the Department of Health and Human Services of money needed to implement the law’s requirement that all Americans buy health insurance. This could easily precipitate a showdown with the White House—and a government shutdown later this year.

On  its face it’s a smart strategy for the GOP. The individual mandate is the lynchpin of the heath-care law because it spreads the risks. Without the participation of younger or healthier people, private insurers won’t be able to take on older or sicker customers with pre-existing medical conditions, or maintain coverage indefinitely for people who become seriously ill. The result would be to unravel the health-care law, which presumably is what many Republicans seek.

At the same time, the mandate is the least popular aspect of the law. According to a December 9-12 ABC/Washington Post survey, 60% of the public opposes the individual mandate. While they want help with their health-care bills, and over 60% want to prevent insurers from dropping coverage when customers become seriously ill, most Americans simply don’t like the idea of government requiring them to buy something. It not only offends libertarian sensibilities, but it also worries some moderates and liberals who fear private insurers will charge too much because of insufficient competition in the industry.

The individual mandate is also most susceptible to legal challenge. Twenty states, led by Florida, have joined together in a lawsuit to argue that the mandate oversteps federal authority. Virginia and some interest groups are also challenging the mandate’s constitutionality in federal court. In the first major ruling, on December 13, Judge Henry E. Hudson of the federal district court in Richmond called the mandate an “unbridled exercise of federal police powers” and an overreach of the Constitution’s Commerce Clause. The U.S. government is now appealing that decision.

You might argue government mandates to buy insurance aren’t unusual. After all, most states require people to purchase auto insurance in order to drive a car, and most lenders (including those underwritten by Fannie May or Freddie Mac)  require potential homeowners to buy home insurance. But the analogy doesn’t quite hold. These requirements come from states or from banks—not directly from the federal government. More importantly, they rest on basic act of volition. No one has to buy a car or a house. Not so with health insurance under the new law.

Nonetheless, there’s a great irony in the Republican assault — and a hidden danger for Republicans.

The federal government wouldn’t be nearly as vulnerable to these political and legal obstacles had the health-care law been built upon the framework of Social Security or Medicare—public insurance financed by payroll taxes—as many Democrats had initially urged. Not only are these programs enormously popular (“Don’t take away my Medicare!” was a rallying cry among some conservative populists during the debates over the health-care law) but they also rest on a more widely accepted relationship between the individual, the government and the market.

Americans are accustomed to paying for public insurance through their payroll taxes. Such payments aren’t viewed as federal mandates that encroach upon individual freedoms, or as payoffs to private companies likely to make even more money from mandatory purchases of their products, but as well-deserved entitlements. Indeed, the biggest problem with Social Security and Medicare is they’re so popular that politicians have had a hard time trimming their benefits to match payroll tax revenues. Had health care been added as another public insurance program financed by payroll taxes, the challenge might be even greater — which may help explain the fierce resistance of Republicans to using Social Security and Medicare as templates for the new health-care law.

For 60 years, the battle over health-care reform has been waged over these two ways of spreading costs and risks: either through payroll taxes and public insurance, or mandated purchases from private insurers. For most of those six decades, Democrats advocated the former. Harry Truman’s initial plan for adding health insurance to Social Security was defeated, but Lyndon Johnson’s Medicare succeeded.

Apart from George W. Bush’s drug benefit, which was also based on this Democratic framework, Republicans have been on the side of mandated purchases from private insurers. In 1974, Richard Nixon’s proposed Comprehensive Health Insurance Plan would have required private employers to provide their employees with comprehensive health insurance coverage purchased from private insurers. (An employer mandate is tantamount to an individual mandate in that employees are forced to pay it indirectly, via lower wages.) Ted Kennedy simultaneously proposed universal coverage financed through Social Security taxes, essentially copying Medicare. Neither plan succeeded, but Nixon’s framework redefined idea of national health insurance from then onward.

President Obama and a majority of Democrats in the last Congress opted for the Republican model even though many Democrats would have preferred Medicare for all, or at the very least a public option. Most polls showed that the public favored such an option. But the White House hoped for Republican support and wanted to ward off opposition from health insurers and pharmaceutical companies by promising them some 30 million additional customers.

Set against this background, the current Republican attack on mandatory coverage is curious because it begs the essential question of how society would otherwise spread health-care risks. If successful—either in Congress or in the courts—a Republican victory could turn into a Phyrric one by opening the way to the alternative model, based on the system Americans seem to prefer: payroll taxes and public insurance.

Robert Reich served as the 22nd United States Secretary of Labor under President William Jefferson Clinton from 1992 to 1997.  He shares many of his thoughts and columns at RobertReich.org This post was first published in the Wall Street Journal.