A Bipartisan Agreement on Health Care Was Possible in 2009 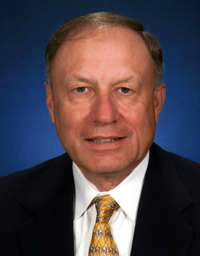 Readers of this blog have often heard me say that a bipartisan agreement on a health care bill was possible in 2009–driven from the Senate Finance Committee. I have continually made the point that the two sides were much closer than is commonly believed–or partisans are willing to concede.

Every time I post this, the overwhelming reaction is that I am wrong–with one side inevitably blaming the other for a lack of good faith in the discussions.

Bara Vaida had an interview in Friday’s Kaiser Health News with Mark Hayes, who was the lead Republican health staffer on Senate Finance at the time and had a “clear view” of the negotiations.

Here are the key excerpts:

Q: [Vaida] Key Democrats, including Senate Majority Leader Harry Reid, D-Nev., recently said their biggest regret was allowing the Senate Finance Committee leaders, your former boss Sen. Grassley and committee chair Max Baucus, D-Mont., to spend so much time trying to forge a bipartisan compromise on health care. What do you think about that criticism?

A: [Hayes] We really devised much of the health care framework even before the Gang of Six Senate (Finance Committee) leaders started meeting. In the summer of 2008, Sens. Grassley and Baucus held a summit and we were chugging along with planning our roundtables and it is my understanding that the leadership was frustrated with us that we were moving too quickly and they wanted us to slow down. We got agreement on 80 percent of the framework even before the Gang of Six started meeting to take on the remaining 20 percent. People were naturally impatient but the complexity of the job, connecting the dots and making the model work is a huge challenge so those who pushed for it to be done quickly were watching the clock and likely didn’t have a full appreciation for the issues we were attempting to resolve. The idea that the health care law could be done quickly and be done right is like saying you can go to the moon on the first try.

Q: [Vaida] What were the pieces that had been agreed to and what was the remaining 20 percent?

A: [Hayes] We agreed on the structure of the exchanges, state regulation, insurance reform, delivery system reform, the creation of the innovation center and financing mechanism. The last pieces that needed to be resolved and became problematic were the amount of funding, the offsets and the way the individual mandate would be implemented. This was a huge missed opportunity. Partisanship–particularly from the Congressional leadership and the White House–overwhelmed what could have been a bipartisan agreement.

Even then, I doubt any of the players foresaw the degree of political and market uncertainty, as well the national division over the new law, that ramming this thing through has caused.

Why does anyone ever think partisanship is superior to bipartisanship? Yet, a year later the Congress is more polarized than ever with many of the more bipartisan members from 2009, like Bob Bennett of Utah, in forced retirement.