Saving the Good in Healthcare Reform 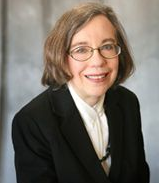 Some have suggested piecemeal repeal of the most obnoxious features of the Affordable Care Act (ACA). The risk of this approach is comparable to that in cancer surgery: you might not get it all. In 906 pages of arcane statutory language, a lot can be hidden.

I suggest instead that we wipe the slate clean with a total repeal, and then consider reenacting any features that most agree are good. This would be the most efficient method because the list of items is shorter. Much shorter.

The most popular part is probably the elimination of “pre-existings.” You can’t eliminate the uninsurable condition of course, only the insurance company’s ability to deny coverage to people who have it. How would such an isolated law work?

In a free market, coverage for people with pre-existings might well be available, without any law—if insurers could simply charge a premium reflecting their risk, or limit the potential pay-out. The premium, naturally, could be very high. That would be a strong incentive to buy insurance when young and healthy, and resist temptations to spend the premium money on iPods and new cars instead. But for many it is already too late.

The U.S. already has the equivalent of fire insurance for those whose house is burning down. It is called Medicaid. Roll into the emergency room desperately ill, and the hospital will treat you, and probably enroll you in Medicaid—likely after you have spent through any assets and lost your SUV and your home.

To prevent such personal tragedies, how about a law that simply said: “Insurance companies must take all comers, without price discrimination for pre-existing conditions.” This is called “guaranteed issue” and “community rating” (GI/CR).

GI/CR would work well, if insurance were a magical money multiplier (MMM): put $100 in the slot machine, pull the lever, and watch $6 million in medical services pour out. The problem is that if a lot of healthy people who don’t expect to need medical services decline to feed in their premiums, knowing they can always do so as soon as they get sick, premiums will have to escalate rapidly. This is called adverse selection (only sick people sign up), or the death spiral. It has happened every time GI/CR has been tried.

This popular part of ACA is impossible without the hated and unconstitutional individual and employer mandates.

What about doing away with limits on lifetime coverage? Limiting out-of-pocket expenditures? Doing away with copayments? All of these have the same problem: lack of an MMM, such as a money tree or the Philosopher’s Stone that turns base metal into gold. The more we require insurance to pay out, the more money has to be poured in, with the inevitable loss to administrative overhead.

How about “giving doctors incentives to be more efficient”? In a free market, that is called the profit motive. In the ACA, the “incentives” are sticks painted to look like carrots, involving vast new reporting systems, with payments funneled through managed-care mechanisms. The choice is freedom—or ACA bureaucracies. Which of the some 159 new bureaucracies do we want to keep?

What about “affordability” provisions? Since prices are going up, in ACA “affordable” means forcing someone else to pay. It’s a matter of redistributing money from those who earn more than 400% of the federal poverty level (around $88,000) to those who earn less. Americans are divided into winners and losers, guaranteeing constant fights over one’s share of a shrinking pie.

One part everyone might favor is the one about allowing people to keep their insurance plan and their doctor if they like them.

Oh, that’s not in the bill. That was just a Presidential promise. The ACA has rules for “grandfathering” some plans—a good term since they are not expected to have a long life expectancy. ACA also appears to be designed to drive independent doctors out of practice, and it virtually outlaws new doctor-owned hospitals.

If we continue to scour through the ACA looking for isolated good points that will make things better or less costly, rather than worse and more expensive, I predict that our thought experiment will lead to what in mathematics is called the “null set.”

So far I have found no such provisions, zero. Nought, nada, nichts, zilch.

Jane M. Orient, M.D., is an On Air contributor speaking on Healthcare Reform. Dr. Orient has been in solo practice of general internal medicine since 1981 and is a clinical lecturer in medicine at the University of Arizona College of Medicine. She is the author of Sapira’s Art and Science of Bedside Diagnosis and YOUR Doctor Is Not In: Healthy Skepticism about National Health Care. She is the executive director of the Association of American Physicians and Surgeons.