Biotech Grant Funding: Are a Few Crumbs Better Than No Crumbs At All? 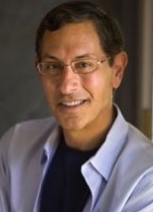 After assuming control of the House in the mid-term elections, Republicans vowed to eviscerate the Affordable Care Act, the health reform law signed by the Big O last March. Thank heavens therefore, that the Boehners were too busy congratulating themselves to even notice those federal helicopters dumping $1 billion in cash on some needy biotech companies just as the election results were being tallied.

Yep, it happened. Federal disbursements in the form of grants and tax credits were made last week, as required by a provision in the reform law known as the Qualifying Therapeutic Discovery Project Program. According to the terms of this Program, biotech and life sciences companies with less than 250 employees could apply for federal funds to cover research costs they had incurred in the last 2 years, so long as the research focused on the prevention, diagnosis and treatment of chronic diseases.

The Program amounted to a nod by the Feds to biotech and life sciences, 2 industries that had been battered to near oblivion by the Great Recession of 2008-2010. Biotech and life sciences fared worse than most industries because the core of their business, research and development, consumes enormous capital early-on and there are long delays before these projects hit pay-dirt–if they ever do. Early-stage companies in these industries are therefore high risk investments, the sort VCs steer clear from when the going gets tough.

Unfortunately for the targeted industries, the Program turned out to be a small nod, indeed. It attracted 5,600 applications, far more than expected, and by rule all 4,600 that met congressional requirements had to be funded. With the pool capped at a bil, qualifying projects attracted far fewer dollars than requested.

The grant requests were reviewed by the National Institutes of Health and Internal Revenue Service. “It was an indication of the great opportunity and interest that there were so many applications received,” NIH Director Francis Collins told the Washington Post.

“Of course, with a $1 billion total amount of money available and with so many of the applicants being judged appropriate for this program, it was not possible to make awards as large as $5 million.”

Biotech CEOs are thankful for the pittance, but they’re back on the street, in search of serious cash. For many of them, it’s already too late.

The Pelosis are kicking themselves for not allocating more than $1 billion to fund the Qualifying Therapeutic Discovery Project Program in the first place. It’s the same mistake they made with the stimulus package–they underfunded that one too, by golly.

The Boehners, are, arms crossed, not permitting any more “government handouts” like this. Not on their watch. It doesn’t matter that biotech and life sciences are among the few industries in which the US maintains a competitive advantage over international economic rivals. It doesn’t matter that firms in these industries can serve as a legitimate source of job creation for decades to come…if only they can survive the Great Recession and that may only happen with, you guessed it, federal support.

A right-minded idea, yet it seems nobody’s happy with the outcome. Back to the drawing board!

Glenn Laffel, MD, PhD, is a successful entrepreneur. He blogs at Pizaazz.