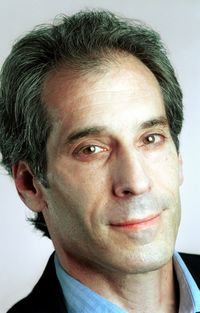 Jessie has written about her perspective as the patient in an extremely stressful situation.  I can add a different one:  that of the husband of my seriously ill wife.

As a public person, Jessie not only has a great many friends and loved ones but also many colleagues and professional acquaintances around the country and the world.  She had time to tell only a handful of people about her new diagnosis and that surgery was imminent.  We discussed at length about how open she wanted to be about her condition and she decided that being completely open was “walking the walk” of a patient advocate.  So I gathered a list of e-mail addresses to alert a wide network of friends and with the assistance of another friend, set up a website where I would periodically post updates on Jessie’s condition, and got a Google Voice phone number for people to leave messages for her.

Because the website was publicly accessible, I was concerned about just how much to share.  Since Jessie’s major interest is in the role that people play in their health care, she has been exceptionally open about her own medical history and it is no secret that she has had multiple cancer diagnoses and a serious heart condition.  Accordingly, disclosure of the nature of her stomach cancer and the surgical realities seemed in order. So I provided some details in the blog, most especially the significant surgical result:  that the tumor was successfully removed and that Jessie retained about one-fourth of her stomach.  The rest of the blog consisted of “color commentary,” like how many laps she had walked around the floor and whether she was bored.

Launching and maintaining the site was a good way to make sure that anyone interested could learn about Jessie’s progress.  Communicating with friends and family one by one simply wouldn’t work.  The many messages that flowed in via e-mail and Google phone have kept Jessie company since surgery — a time when she describes herself as “not being on ‘transmit.’”

I sent the first messages about Jessie’s condition and announcing the website immediately upon settling into the family waiting area at the hospital.  What I didn’t expect was that within minutes, I would be deluged with return messages asking for updates.  The activity of maintaining the site during her hospitalization was a great distraction from imagining what Jessie was experiencing during the difficult surgery and then watching her struggle through its aftermath.  Having had the same experience in that very setting only six years ago, I can tell you that this distraction was welcome.

More important: we all know about the value of social support in medicine.  I set up the website and voicemail account with this in mind, expecting messages of concern and support for Jessie.  What I didn’t expect, but what I received, was a remarkable amount support myself.  It helped me get through a tough few days and has sustained me in the weeks since then.