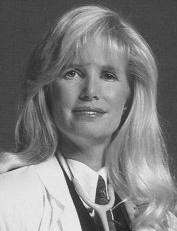 “I will prevent disease whenever I can, for prevention is preferable to cure.” These are the words of the Hippocratic Oath, an ancient vow that has been recited by physicians for centuries. However, with seven out of 10 deaths in America attributable to largely preventable chronic illnesses, including heart disease, stroke, chronic lung disease, diabetes and some types of cancer, we have yet to see these words put into practice. Such is the history of our nation’s health care — or, perhaps more appropriately, “sick care” — system, where 75 percent of today’s U.S. health care dollars are spent on chronic illness and only three to five percent to prevent these diseases. Until now. As implementation of the recent health-reform legislation begins, our nation is finally putting prevention into practice. By providing significant financial support for preventive services and programs, the Patient Protection and Affordable Care Act (ACA) builds the foundation for a prevention revolution and moves our country closer to making Hippocrates’ vision a reality today.

Thanks to the new law, patients now will receive free preventive services at the doctor’s office. The ACA mandates that private health insurance plans established since March 23, 2010, must cover, without cost sharing, the services recommended by the U.S. Preventive Services Task Force. Additionally, as of September 23, 2010, all insurance plans must include these preventive services with their annual enrollment cycle except for those plans that have been grandfathered. This requirement will also apply to Medicare by the year 2011 and to Medicaid on a state-by-state basis. Recent research has shown that providing just five of these services — colorectal and breast-cancer screenings, flu vaccines, counseling on smoking cessation and regular aspirin use — could avert as many as 100,000 deaths every year. As a result of these new provisions, millions of Americans will now have free access to these preventive services and others, including additional cancer screenings, routine check-ups, vaccinations, prenatal care, and counseling regarding smoking, alcohol use, nutrition and obesity. This expansion of coverage represents a leap forward in our nation’s shift towards a prevention-oriented health-care system, to the benefit of millions of people. However, what happens in the clinic is only one element of a comprehensive public health approach that is needed to make this transformation a reality.

It will take all sectors of society to put prevention into practice, and the ACA does just that by incentivizing everyone — from families and businesses to community organizations and government agencies — to build a healthier America. To support these multidisciplinary efforts, the legislation created a $15 billion Prevention and Public Health Fund, expanding the historic support that was provided for prevention in the stimulus package. Since September 13, 2010, the U.S. Department of Health and Human Services has utilized this fund to support: $100 million in public health and prevention grants, more than $70 million in public-health improvement, prevention and wellness programs, and a $15 million investment in the development of the public-health workforce. These investments build upon the initial $500 million allocated from the fund this summer to develop a strong infrastructure for prevention and primary care. Beginning in 2010, the ACA also contributes an additional $11 billion for the expansion of community health centers over five years, which provide essential preventive services to underserved communities.

Despite this significant progress, more remains to be done. The law established a National Prevention, Health Promotion and Public Health Council to provide leadership across all departments of government and to develop America’s first-ever National Prevention and Health Promotion Strategy to be launched in 2011. This Council convenes the heads of government agencies and takes a “health in all policies” approach to the prevention of illness, making the promotion of health a top priority across our government. The administration’s task force on childhood obesity prevention uses a similar multi-sector approach in its work to eradicate childhood obesity within a generation.

The importance of these initiatives cannot be understated. Preventable chronic illnesses take an enormous toll on our nation’s health and on our wallets. The 133 million Americans that currently have a chronic disease — that’s almost half the population — are the most frequent users of the U.S. health care system, at a cost of over $1.5 trillion annually. Nearly two out of every five deaths in America are associated with preventable risk factors, including smoking, poor diet, lack of physical activity, and alcohol use. The bottom line: Chronic illnesses rob Americans of their health, of their lives and of their hard-earned dollars.

With this new national prescription for prevention, our country’s health-care system is at a turning point. By working together to fulfill Hippocrates’ ancient vision, we can prevent illness before it strikes, reduce health-care costs, and make America the healthiest nation in the world.

Please note that this post was co-written by Janna Gewirtz, and Sophie Turrell.

Rear Admiral Susan Blumenthal, M.D. (ret.) is the Director of the Health and Medicine Program at the Center for the Study of the Presidency and Congress in Washington, D.C., a Clinical Professor at Georgetown and Tufts University Schools of Medicine, and Chair of the Global Health Program at the Meridian International Center. She served for more than 20 years in senior health leadership positions in the Federal government in the Administrations of four Presidents, including as Assistant Surgeon General of the United States, the first Deputy Assistant Secretary of Women’s Health, as a White House Advisor on Health, and as Chief of the Behavioral Medicine and Basic Prevention Research Branch at the National Institutes of Health. Dr. Blumenthal has received numerous awards including honorary doctorates and has been decorated with the highest medals of the US Public Health Service for her pioneering leadership and significant contributions to advancing health in the United States and worldwide. She is the recipient of the 2009 Health Leader of the Year Award from the Commissioned Officers Association

Janna Gewirtz, a medical student at the University of Rochester School of Medicine and Dentistry, served as a Health Policy Fellow at the Center for the Study of the Presidency and Congress in Washington, D.C.

Sophie Turrell, a recent graduate of Yale University, is a Research Associate at the Center for the Study of the Presidency and Congress in Washington, D.C.