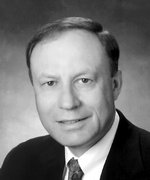 With word that the House is likely to take up the repeal of the health insurance industry anti-trust exemption it  is now clear the Democratic leadership has begun Plan B.

It is also clear that this is much more a part of a political Kabuki dance then any substantive effort at even piecemeal health care reform.

The House probably has the votes to pass the repeal. The Senate does not. I doubt that even all of the 59 Senate Democrats will vote for it if and when it does come up on the floor of the Senate.

The base of the Democratic Party, as well as many “progressive” Dems in the House and Senate, are rabidly mad about not being able to ram their health care bill through. That is why you continue to hear all of the talk about reconciliation options even though there is no chance such a scheme would pass either the House or Senate.

But what to do? The apparent answer is to bring up a few smaller health care bills the Democratic leadership views as popular back home and expect the Republicans will vote against them. Right now health care is a big negative issue for the Dems given the unpopularity of their effort to date. But if they can be seen trying to pass a few smaller measures “we can all agree on” only to be thwarted by Republican opposition their hope is they can turn the table on this issue to their advantage—well before they get to November.>

Interesting politics but no hope for any real progress while these games play out.

When the Democrats say they believe they can still pass a health care bill are they bluffing? That’s my opinion.

Here is a first rate story from Politico on their options and the dismal political reality each faces.