Why Standards Matter 2: Health IT Enters a New Era of Regulatory Control 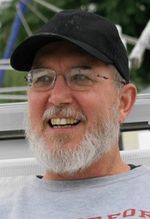 The recent history of electronic medical records in ambulatory care, or what we now call EHR (electronic health record) technology, can be divided roughly into three phases. Phase I, which lasted approximately 20 years, from about 1980 to the early 2000’s, was an era of exploration and early adaptation of computers to outpatient medicine. It coincided with the availability of PCs that were cheap enough to be owned by many doctors, and with the increased capacity of off-the-shelf software programs, mainly spreadsheet and database management systems such as Lotus, Excel, Access, and Microsoft’s SQL, to lend themselves to computerized capture of health data and information. Phase II coincided roughly with the American Academy of Family Physician’s (AAFP’s) commitment to health IT as a core competency of the organization, and with its support/promotion of the early commercial vendors in the Partners for Patients program, a national educational campaign inaugurated in 2002 which involved joint venturing with vendors that included Practice Partners, MedicaLogic, eClinicalWorks, and eMDs, among others. Several other physician membership organizations joined this effort to popularize EMRs, or crafted their own education programs for their members based on the AAFP’s model. The most popular Phase II products were, and still are for the most part, client-server software applications that run on local networks and PCs within the four walls of a practice, and tend to use very similar programming development tools, back-end databases, and support for peripherals such as printers. The industry grew, albeit sluggishly, from roughly 2002-present in an unregulated environment, with increasing support from quasi-official industry groups like HIMSS and CCHIT, and with the blessing of many professional organizations, including the AAFP, ACP, AOA, and the AAP. Best estimates are that the numbers of physicians using EHR technology from a commercial vendor roughly tripled during this period, from about 5% of physicians to about 15%. The Bush administration gave moral support to the industry, but did not provide funding or payment incentives, and mostly left the industry to itself to sort out the rules, including certification. The industry is now entering a new phase, one we predict will significantly depart from the previous two eras.

Phase III will be a time of government regulation of EHR technologies during which Congressional mandates — sometimes quite vague — will be interpreted by policy bodies within the government, which in turn will lead to federal rule-making and regulation as a means of carrying out policy goals and objectives. This will require significant interpretive work within the agencies delegated, mainly ONC and HHS, along with NIST and possibly the FDA and CDC, the results of which will have the potential to fundamentally alter the market for EHR technology and the products within that market, for many years to come. Because there is a great deal of money at stake, Phase III will also be a period of intense competition, new and aggressive lobbying activity, and perhaps not just a few legal challenges, as winners emerge and losers fall by the wayside.

Why the revolutionary efforts to exert regulatory control over the market for EHR technologies in the US, and why now?As we have listened to and participated in the meetings of the HIT Policy Committee and ONC staff, we have been struck by several things. First, the leadership are people who believe in principle in regulatory policy as a means of managing and improving upon the market. Secondly, they and their colleagues believe that the market for EHR technology has failed in several important respects, most notably by failing to create widespread adoption among physicians, medical practices and hospitals of even the most basic health IT tools, and by failing to institute interoperability of health data exchange, despite certifications that claim the opposite. And third, they have faith that regulations and rule-making are the means by which our nation’s providers can be incentivized, and punished if necessary, into adopting the EHR technologies and associated standards that will set the stage for long term health care reforms in the payment system. In other words, they are committed to using the regulatory tools available to them to change the course and to move the curves of IT adoption in as short a time as possible.Anyone present or listening by teleconference to the HIT Policy Committee meeting of July 14, which was devoted to the issue of EHR certification, had to have been impressed by both the directness and the force of the attack on the Commission for Certification of HIT, or CCHIT. It was relentless, and came from all quarters: from academic informaticists, from federal standards officials, from hospital CIOs, physicians in private practice, doctor membership organizations, and health care economics analysts. And, at the end of the day, CCHIT was stripped of its previously unchallenged prerogative to set certification criteria; removed of its monopoly for certification of EHRs; and left with large questions about even the validity of its role as advisor to ONC on the processes of certification. The HIT Policy Committee recommended, and ONC has accepted its recommendations, that EHR technology certification criteria are henceforward to be decided not by CCHIT, an industry body with ties to the incumbent  vendors, but by HHS and ONC directly. The term “HHS Certification” was coined and is now in use to indicate this change. Certification as a process will focus no longer on a long list of features and functions, but target Meaningful Use, interoperability, and security only.