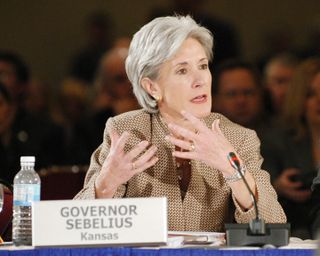 On August 20th, HHS Secretary Kathleen Sebelius and ONC head David Blumenthal announced $598 million in grants to set up about 70 “regional extension centers” (RECs) that will help physicians select and implement EHR technologies. Another $564 million will be dedicated to developing a nationwide system of health information networks.

The RECs are based on the example of agricultural extension offices, established over 100 years ago by Congress, which offered rural outreach and educational services across the country. These extension services made America’s agricultural revolution possible, dramatically increasing farm productivity. By analogy, the Administration hopes that on-the-ground health IT trainers and implementation experts can facilitate small medical practices’ adoption of EHR technologies, especially in rural and under-served areas, enhancing care quality and efficiency around the US.

The comparison between RECs and agricultural extension offices is probably a good one, and we applaud this effort. But there are some striking differences between agriculture and health IT. For one thing, many best farming practices were well known by the early days of agricultural extension services. The road map under ARRA/HITECH for successful small medical practice health IT acquisition and use is still under development, and remains full of tough questions and unknowns.

In fact, under Dr. Blumenthal’s leadership, the government is now crafting specifications for Meaningful Use, HHS Certification, security, and interoperability. It’s not yet clear what “meaningful use of certified EHR technology” means. So we could be in a cart-before-the-horse situation. It might be a little premature to set up technical assistance programs if we can’t provide specific guidance on how to assist. Even fully CCHIT-certified comprehensive EHRs can’t meet the Meaningful Use criteria today, so the REC’s geek squads will have their work cut out for them.

However, a body of knowledge and experience already exists about successful health IT system implementation in small primary care and specialty practices. For several years, one of us (DCK) worked under the auspices of the American Academy of Family Physicians (AAFP), helping family physicians’ practices prepare, select, implement, and maintain information technology offered by EMR and EHR vendors. The AAFP’s current Center for HIT staff has expanded this effort, assembling an impressive body of resources and tools. It was augmented as well by the work of the Quality Improvement Organizations (QIOs) that participated in the Doctors Office Quality-Information Technology (DOQ-IT) programs between 2006-2008.

Some of this knowledge is anecdotal, and should certainly be revised in light of the definitions and specifications that the ONC will issue later this year and likely finalize by spring of 2010, according to Dr. Blumenthal. But the AAFP’s and QIO’s hard-won lessons may be useful to those who are planning the new effort.

Here’s some broad guidance for state planners who are applying for these grants and who hope to set up their RECs by early 2010.

States are hurrying to get access to this stimulus money. Many organizations aspiring to be RECs are focused on the rapid grant/award cycles. But its critical for planners to focus on what it will take to get the job done, and setting the groundwork for effective regional centers that can offer thousands of practices the help they need.

David C. Kibbe MD MBA is a Family Physician and Senior Advisor to the American Academy of Family Physicians who consults on healthcare professional and consumer technologies. Brian Klepper PhD is a health care market analyst.