AHLA on the Stark Law and its Revision: a Step Towards Holistic & Ethical Reform 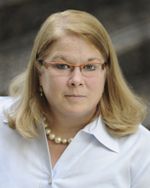 Health reform that focuses exclusively on health care finance — that
is, how we pay for universal access to insurance coverage — will not
produce successful reform.  Reform must be holistic, with a focus on
the entire system, as well as its component parts, including whether
the system is structured to deliver the right kind of health care
services in the most appropriate setting, whether we have sufficient
quantity and kind of health care professionals and technology
geographically dispersed to provide the health care services that
people will presumably have insurance to access, and whether the system
properly incentivizes health care professionals to make decisions that
are efficient, effective, and in patients’ best interests.  This is a
massive undertaking, with a tremendous risk that important components
will be overlooked precisely because of the size of the undertaking.
The Stark Law represents the kind of on-the-ground healthcare delivery
problems that healthcare reform must tackle.

The American Health Lawyers Association’s Public Interest Committee today released a Whitepaper entitled: “A Public Policy Discussion: Taking Measure of the Stark Law” analyzing the ” Ethics in Patient Referrals Act” (and its progeny), more commonly known collectively as the “Stark Law“, after its primary sponsor, Congressman Pete Stark,
who now counts himself among the many who believe that while the
problem the law aimed to address is real, the statute and its
multitudinous exceptions have become a nightmare.

Stark was enacted in response to empirical studies
showing that physicians who hold an equity interest in an entity that
provides ancillary health care services, such as a clinical laboratory
or MRI, more frequently order those services for their patients,
referring them, unsurprisingly, to the entity they own (the Whitepaper
notes that no studies indicated that this higher use equated to
over-utilization).  The implication, then, is that the opportunity for
additional profit causes excessive referrals, whether consciously or
unconsciously.  Thus, Stark sought to establish a bright line test
regarding the propriety of physician referrals.  Stark prohibits a
physician from referring patients to entities in which the physician
(or a family member) holds an equity interest.  Congress seeks to
ensure that patients are referred only for tests and other health care
services that are medically necessary and appropriate.  The law also
prohibits the entity actually providing the services to the patient
(the recipient of the referral) from billing Medicare if the patient
care resulted from an impermissible referral (even if the patient
needed the service).

But a basic prohibition proved too broad to be practicable.  For
example, how should the law treat rural areas where the only potential
investors in an MRI for the community are all of the local
physicians?   While many of situations crying for exceptions have been
legitimate, virtually every single business relationship that seems
justified requires the adoption of a new exception — which, the
Whitepaper points out, stymies innovation in a dynamic health care
market.  I would add that simultaneous with the continuous recognition
of new exceptions, Congress and CMS keep adopting new prohibitions in
response to physicians (with the aid of their lawyers) who take
advantage of loopholes by engaging in business practices that violate
the philosophical goals of the law, but are not specifically banned.

And so now we simply have a mess on our hands.  According to the
Whitepaper, on the positive side, Stark has encouraged health care
institutions to adopt corporate compliance programs and contract
management systems; hospitals are more careful about their
relationships with physicians.  Repeating a recurring theme of this
blog about physicians’ conflicts of interest, the AHLA Whitepaper
suggests that Stark has had less effect on physicians’ awareness and
avoidance of conflicts of interest — my observation is that they
continue to engage in business arrangements and practices that increase
healthcare expenditures and cause patients to receive unnecessary
medical services.  This is likely because physicians don’t understand
Stark, which is rarely enforced against them.  The Whitepaper conveys
the observations of some of its participants that Stark has caused a
restructuring of healthcare delivery (some would argue that physicians
have simply re-packaged their business relationships, rather than
eliminated their “pernicious” conduct).  Even more problematic is that
Stark precludes the experimental implementation of some creative ideas
to reduce health care costs and improve quality, such as pay-for-performance, shared savings, and bundled payments.
Essential to a reform of how we deliver health care is an alignment of
physician and institutional financial incentives – Stark (as well as
some other laws) makes difficult that effort.

The AHLA Whitepaper seeks statutory reforms and increased CMS
discretion as part of overall healthcare reform.  It suggests
reimbursement modifications as a mechanism that would more directly
accomplish the government’s goals of reducing costs and controlling
utilization, including: decreasing reimbursement for ancillary services
provided through a physician group practice; decreasing payments for
high margin services; implementing more stringent credentialing
requirements for the provision of certain services; bundling the
payment for a physician office visit and ancillary services;  and
payments for episodes of care, rather than delivery of specific
services.

While AHLA addressed an important problem that begs for resolution,
the ultimate challenges for health care reform that the Stark problem
points up are significant:

In the meantime, the AHLA Whitepaper
is a terrific description of all that is right and wrong with the Stark
Law. Let’s hope Congress takes notice.  More important, it exemplifies
the important contributions professional organizations can make to
productively convey to policy-makers the on-the-ground effects of their
laws.  The AHLA process also models an exemplary collaboration between
the private sector and government to their mutual education and,
hopefully, benefit.

Kathleen Boozang is Associate Dean and Professor of Law at Seton Hall University.  She has dedicated much of her career to nonprofit governance issues, with a special focus on religiously-sponsored hospitals. In the last several years, however, she has expanded her research and teaching to explore the legal and policy issues related to the global pharmaceutical and medtech industries.  Dean Boozang oversees Gibbons Institute of Law, Science and Technology, and the Center for Health & Pharmaceutical Law & Policy. In addition to her duties at the Law School, Dean Boozang serves on the Board of Directors of the American Health Lawyers Association. This year she was named a Fellow to The Hastings Center, an independent nonprofit bioethics research institute.  She is currently a member of the New York State Task Force on Life and the Law, an interdisciplinary commission with a mandate to develop public policy on bioethical issues.  Dean Boozang is also a frequent contributor to Health Reform Watch, where this post first appeared