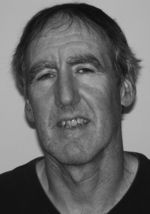 All these sound like good ideas. The U.S. is experiencing a growing shortage of family physicians, general internists, and pediatricians. That’s largely because primary care doctors earn much less money than specialists, and most medical students are opting for higher-paying specialties. The shortage of primary care doctors leads to patients seeking care in an unorganized way from more expensive specialist physicians, which costs the nation more money and results in poorer quality care. We clearly need to encourage more young doctors to go into primary care. President Obama has been frank that this and other parts of his health reform plan are going to cost a lot of money, probably more than $100 billion a year. That’s why he asked Congress in his budget proposal to set aside a “down payment” of $634 billion over 10 years to help pay for the new system in which all Americans have access to affordable health care. He proposed to raise $318 billion for that purpose by capping itemized tax deductions for mortgage interest and charitable donations for Americans earning more than $250,000 a year. That’s where he lost

Sen. Cantwell, who made a small fortune in the technology business. On top of opposing Obama’s funding proposal, she and eight other Democratic senators recently supported a Republican-sponsored Senate proposal, opposed by the Obama administration, to reduce the estate tax for very wealthy Americans. That bill, if passed, would cost the U.S. Treasury $100 billion — money Obama badly needs for health care reform. During her news conference, I asked Cantwell how she would pay for her expensive bills to boost the supply of primary care doctors, given that she has opposed two of President Obama’s tax proposals. She dodged, insisting that training more primary care doctors would lead to better, less expensive care that would save the nation $55 billion. Thus, she contended, the new programs would pay for themselves. Actually, even experts who support better primary care aren’t sure more and better primary care would reduce health care spending, or by how much; some say it could increase costs. Cantwell also argued that the nation could save a lot by reducing levels of care in high-cost states like Florida to the levels in lower-cost states like Washington. That’s true, of course — except that the smartest medical brains around the country haven’t figured out how to do that. After the news conference, I pressed Cantwell further on the funding issue, asking her how her projected savings would pay for the steep upfront costs of her proposals. She gave another non-answer, saying the challenge is to “bend the curve” of rising health care costs downward over the long term. I then asked her to explain how she would prefer to pay for health care reform since she opposes Obama’s approach. She again insisted that her proposals would pay for themselves. In the 1990s, President Clinton’s universal health care plan was killed as much by opposition from anti-tax congressional Democrats as by Republicans and health industry groups. Watching Cantwell will tell us whether that is going to happen again.

Harris Meyer is a journalist based in Yakima, Wash., and winner of the Gerald Loeb Award.  He has 18 years of reporting experience for law and health care publications, alternative newsweeklies and television news.