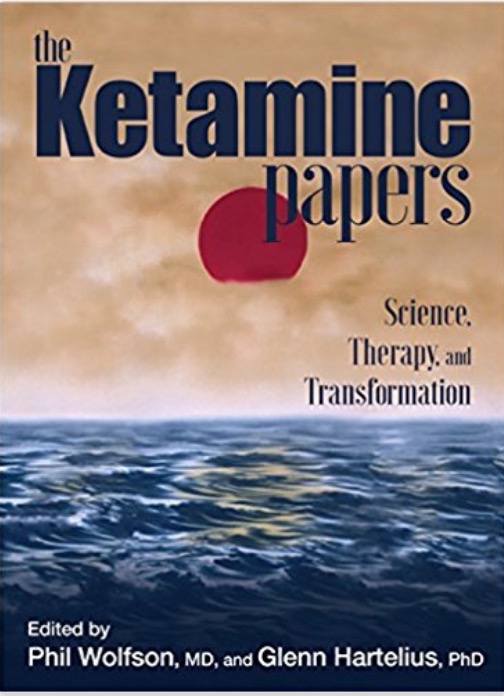 The Ketamine Papers serves as an essential window into the rapidly accelerating application of the anesthetic cum party drug ketamine to individuals with disorders such as treatment-resistant depression and post-traumatic stress disorder (PTSD). In addition, the book’s release coincides with other psychedelics, MDMA (aka ‘Ecstasy’) and psilocybin, being cleared for late-phase clinical trials as therapeutic adjuncts for the treatment and – dare we say – cure of those and related disorders, a process that will still take some years. Given what seems to be an increasing explosion of interest in the use of psychedelics for everything from therapy to micro-dosing of LSD to fuel creativity, The Ketamine Papers offers a range of views into how the psychiatric and psychotherapeutic communities are putting to use what amounts, for now, as the only legal psychedelic drug left standing, and for a group of people who very much struggle and suffer, at a significant cost to themselves, their relationships, and society.

The recurrent leitmotif of The Ketamine Papers is that of stubbornly lingering psychological illness – with feelings and behaviors ranging from sadness and stuckness to suicidality – that doesn’t just happen. It is often the function of trauma, childhood and otherwise, and lack of attachment not offset by a resilience that some develop and many do not. Those statements won’t be surprising to anyone who has read the works of psychiatrists and psychologists who have rooted depression – by far the most common form of mental illness – in unresolved childhood conflicts.

WASHINGTON — While the news swells this week with sad and angry retrospectives on the war in Iraq, it is worth noting that the tremendous human costs of that war would have been much greater, were it not for breakthroughs in combat medicine deployed for the first time on a broad scale in Iraq.

4,486 American men and women were killed in the Iraq war. This represents approximately 14 percent of the 32,221 wounded in action — versus the 19 percent killed in Vietnam, or 27 percent killed in World War II. These statistics are cold comfort for those whose lives were derailed and families tormented in the process, and they are a clarion call to re-double all our efforts to help those who survived.

The Medicalization of Modern Life

This is the saddest moment in my 45 year career of studying, practicing, and teaching psychiatry.

The Board of Trustees of the American Psychiatric Association has given its final approval to a deeply flawed DSM 5 containing many changes that seem clearly unsafe and scientifically unsound. My best advice to clinicians, to the press, and to the general public – be skeptical and don’t follow DSM 5 blindly down a road likely to lead to massive over-diagnosis and harmful over-medication.

Just ignore the ten changes that make no sense.

Brief background. DSM 5 got off to a bad start and was never able to establish sure footing. Its leaders initially articulated a premature and unrealizable goal- to produce a paradigm shift in psychiatry. Excessive ambition combined with disorganized execution led inevitably to many ill conceived and risky proposals.

These were vigorously opposed. More than fifty mental health professional associations petitioned for an outside review of DSM 5 to provide an independent judgment of its supporting evidence and to evaluate the balance between its risks and benefits. Professional journals, the press, and the public also weighed in- expressing widespread astonishment about decisions that sometimes seemed not only to lack scientific support but also to defy common sense.

DSM 5 has neither been able to self correct nor willing to heed the advice of outsiders. It has instead created a mostly closed shop- circling the wagons and deaf to the repeated and widespread warnings that it would lead to massive misdiagnosis. Fortunately, some of its most egregiously risky and unsupportable proposals were eventually dropped under great external pressure (most notably ‘psychosis risk’, mixed anxiety/depression, internet and sex addiction, rape as a mental disorder, ‘hebephilia’, cumbersome personality ratings, and sharply lowered thresholds for many existing disorders). But APA stubbornly refused to sponsor any independent review and has given final approval to the ten reckless and untested ideas that are summarized below.