Hearts on Fire: a Tale of Two Californias

The concept of practice variation raised its ugly head again this weekend in the northern California news media. And buried in the stories are several themes for our ages. But the conclusion is, the power of individual health systems and very small numbers of physicians to change patterns–and the cost–of care are enormous.

First the stories. Both about health care but also both revealing the future of investigative reporting. The BayCitizen is a non-profit blog about the San Francisco metro, created as response to the local papers cutting their reporting. It also provides stories to the NY Times–I’m unaware about how much of its revenue comes from the Times, but it’s part of  the Times’ entry into non-NY competition with retreating local papers.

For this story on heart program readmission Katharine Mieszkowski picked up on an older UCSF press release and showed how UCSF used a $500K+ donation from the Gordon & Betty Moore Foundation (that’s the Moore of Intel & Moore’s law fame) to create a very sensible program that gave in-home support to newly discharged elderly cardiac patients. It cut readmission rates by 30%. The BayCitizen though will upset Gary Schwitzer as it did not include the actual numbers but the UCSF press release does, and yes this is a relative not an absolute cut. Here’s the key graf

Over the past 11 months, only 16 percent, on average, of the hospital’s heart failure patients were readmitted within a month of discharge, down from 23 percent in 2006. That’s well below the national 30-day readmission rate of 25 percent. The average readmission rate was 11.6 percent during the first four months of 2011.

So UCSF was about average and got much better and seems to be getting better still–but there’s quite a way to go. But it is an indication that at least one AMC is capable of moving the ball in the right direction. Of course UCSF is a leader in the pro-Dartmouth “use resources sensibly” camp, and we may or may not see the “keep em alive at all costs” folks at UCLA follow suit.

Meanwhile up in rural northern California it looks like the same Dartmouth data set is about to bring a series of visits from the FBI. Continue reading… 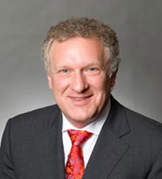 It is widely known that chronic disease accounts for 75% of the total cost of healthcare in the United States. In the late 1990s, the care management industry grew out of the need to combat this problem, by increasing medication compliance, reducing gaps in care, and helping individuals become more empowered to actively manage their own health.

I’m pleased to say that this is no longer the case. A study from Health Dialog appearing in the New England Journal of Medicine today, uses a randomized controlled trial to definitively show the savings delivered by an enhanced care management program. The trial looked at 174,120 individuals over twelve months, measuring those individuals’ health outcomes and the total savings as a result of an enhanced care management program. The program included chronic condition management and patient decision support programs, and these services were delivered telephonically as well as online.Continue reading…