Time to Start Over! 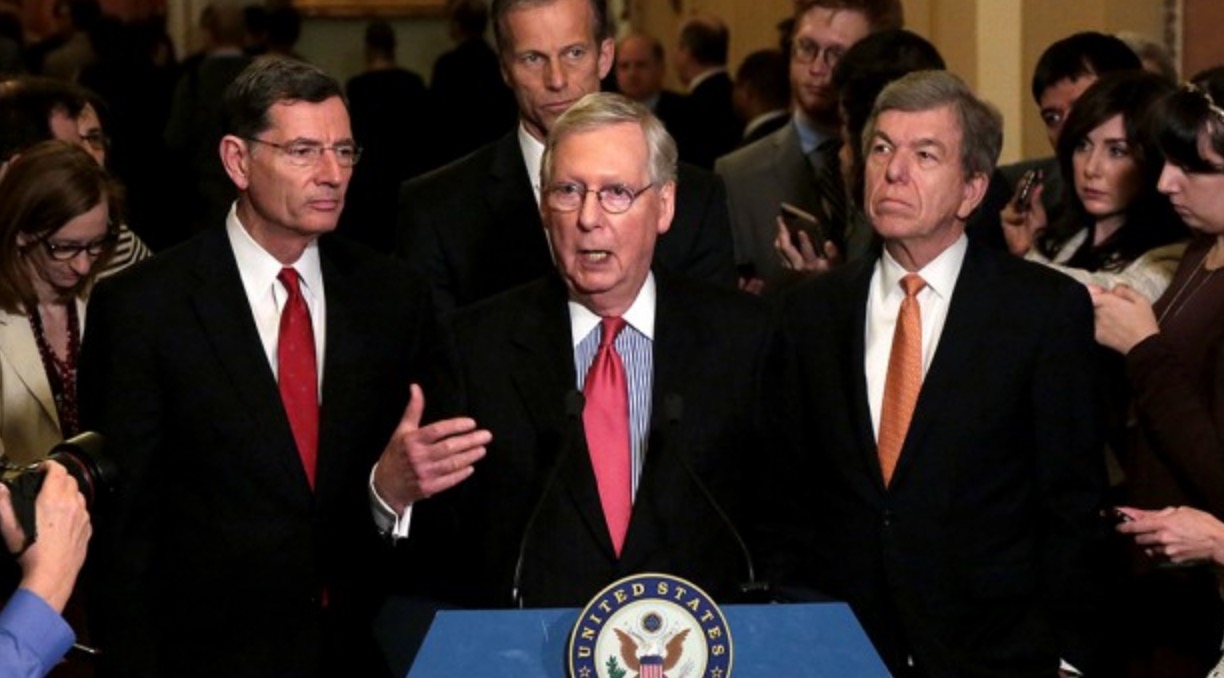 The CBO’s analysis of the House and Senate health bills should kill them both—permanently.

Republicans should go back to the drawing board and work with Democrats in both the House and Senate to achieve bipartisan fixes to the ACA/Obamacare marketplaces for 2018 and 2019.

That is the far and away the best thing to do from a policy and political perspective.   The vast majority of Americans would stand up and cheer. Two polls out this week, for example, add to previous surveys showing deeply low public support for the Republican bills.

Just 25 percent of respondents in the latter poll say the want Congress to repeal the ACA completely—consistent with other polls since late 2016.

Trump has suggested a bipartisan path several times in recent months, although there’s no evidence he ever reached out to Democrats and he just as frequently demonized them as “obstructionists.”

That Trump does not now see that he’d likely be hailed a hero if he brought the two sides together on this issue is a failure of judgment and leadership, in my view.

Recognizing the importance of optics to this President, even Obama has said Trump and Congress can call whatever emerges a “repeal” of Obamacare if they want.

Working together, Republicans and Democrats should first and foremost stabilize the exchanges by means of these and other measures:

(2) Enact some hybrid of the exchange market stabilization funds in the House and Senate bills. Those earmarked between $10 and $20 billion a year to reduce premiums where needed, subsidize insurers for very expensive claims, attract new insurers in poorly served areas, and expand enrollment of healthy young and middle aged people.

(3) Fund the cost saving reduction (CSR) payments—deductible and co-pay help—in full for two to three years—at $7 to $10 billion per year.

(4) Bring back the reinsurance fund for insurers. This operated from 2014 to 2016, helping to defray insurers costs for outlier claims and thereby reducing premiums by 5% to 10% a year. The temporary program’s termination was one factor in the average 22 percent increase in premiums across the country in 2017.

(5) Provide additional funding to states to allocate to insurers to ramp up opioid addiction and substance abuse/mental health treatment. The Senate bill provided $2 billion for this over 10 years. Much more is needed—on the order of $1 to $3 billion per year.

(6) Provide more funding to the nationwide network of community health centers. With a history of bipartisan support, the 1,300 centers serve the medical needs of about 25 million low-income people. Since the ACA was enacted, the centers have steered millions of people to sign-up for exchange coverage or Medicaid. Under current law, they will receive about $4 billion in federal funds in 2017. The Senate bill increases that by $422 million.   The centers should get an additional $1 billion or so for 2017 and 2018.

(7) Expand section 1332 of the ACA to make it easier for states to experiment with their insurance systems as long as those experiments obey the ACA’s insurance rules on consumer protections and do not increase the number of people without coverage nor cost the federal government more money.   (Hey, if California, Vermont or Massachusetts want to enact a single payer system with their own money, let them do it. The current effort in Calif. appears to be dead in the water for this year.)

The House and Senate bill’s Medicaid overhaul should be abandoned and the Medicaid expansion component of the ACA retained. Long-term fixes to that program are needed but should not be taken up now.

The CBO verdicts on both bills show us that Republicans lost their way. Many commentators have said the process was purely political—with little attention to the actual policies they were proposing.

I don’t buy that.  Yes, Republicans are guilty of political hubris, legislative overreach, and an exclusionary process that ignored congressional norms. But they are also guilty—with full awareness of the impact—of trying to undo 52 years of a delicately balanced federal-state partnership (Medicaid) to serve the health needs of low-income Americans, including millions of seniors and children. And they are guilty, most cynically, of proposing to dramatically reduce the growth in Medicaid spending to deliver a tax cut to the wealthy and to corporations.

This is a disturbing place to be for our nation. For the second time in a decade, we are debating whether social insurance and guaranteed universal health coverage are good ideas. Every other modern, industrialized democracy—and most other non-democratic wealthy nations—long ago resolved this issue. That includes the conservative parties in those countries.

Other nation’s leaders and their people embrace both concepts because no matter what your political views or values, both concepts (in tandem in health care) deliver multiple benefits.

Absolutely alone, the Republican party in the United States is the only political entity in the western developed world that does not concur that an egalitarian social insurance approach to health care is the most efficient one.

Also, shamefully, Republicans propose their alternative “free-market” path even as research reveals a USA where: (a) racism remains a poisonous force that still divides us (Black and Hispanic Americans are much more likely to lack coverage and die younger); (b) the premature death rate among low-income white Americans is increasing for the first time in decades; (c) as many people are dying of drug overdoses and related afflictions as traffic accidents; and (d) mental health problems such as depression, anxiety and PTSD are on the rise and more prevalent than in other OECD countries.

The House and Senate bills are mean. The impulse and philosophy behind them pretends to be mostly about reining in long-term federal spending, creating more competition in health care, giving consumers more choice, removing government mandates on businesses and people, and giving states more flexibility (although mostly to spend their own tax dollars.)

To be fair, some of that agenda should be in play. More competition among insurers and in doctor’s fees, health products, and prescription drug prices—would be welcome. And the growth in health costs and spending will have to be constrained; it’s unsustainable after about 2024.

But neither the House nor Senate repeal bills lift a finger to reduce underlying health care costs. Instead, they shift the burden of rising costs to states, businesses, and consumers/families.

Sadly, the more foundational Republican philosophy in this legislation is social Darwinism: The fittest survive and thrive. The poor are that way, and usually sicker, because—well, they just are. People are ultimately responsible for their health; government is not responsible.   We spend too much money on the poor. We are not a European welfare state. This is not a socialist country. You make your own way here. No handouts. You gotta earn your insurance, and have “skin in the game.” Medicaid is just a welfare program.

It’s all right there in Kellyanne Conway’s telling comment on a talk show this past Sunday: “People who lose Medicaid should just get a job with benefits.”

You can read the CBO report or the handy summary on CBO’s web page.        It’s a straightforward 49-page document.

I concur with Vox’s terrific health policy reporter Sarah Kliff that Table 5 on page 48 is especially worth checking out.   It shows, for example, that a 64 year-old single person with an income of $56,000 who opts for a silver plan would pay an estimated net annual premium (after subsidies) of $6,800 in 2026 if current law (the ACA) is maintained. Under the Senate bill, this person would pay a net premium of $20,500.

From the CBO’s summary:

“Under the Senate bill, average premiums for benchmark plans for single individuals would be about 20 percent higher in 2018 than under current law, mainly because the penalty for not having insurance would be eliminated, inducing fewer comparatively healthy people to sign up.”

By 2020, average premiums for single individuals would decline by about 30 percent compared to current law, however, CBO predicts. Hmmm, that sounds good.   It’s not. Why? Because the decline is due in large part to, in CBO’s words, “the smaller share of benefits paid for by the benchmark plans.”

Translation: Premiums would decline because people would be buying policies that had a significantly lower actuarial value (close to 55%), much higher deductibles ($6,000 and up) and co-pays, and possibly fewer benefits as a dozen or more states opt out of the ACA mandated essential health benefits.

The CBO’s predicted loss of insurance by 22 million people by 2026 (15 million in 2018) stems from six key provisions in the Senate bill, according to a nice summary from the Commonwealth Fund: