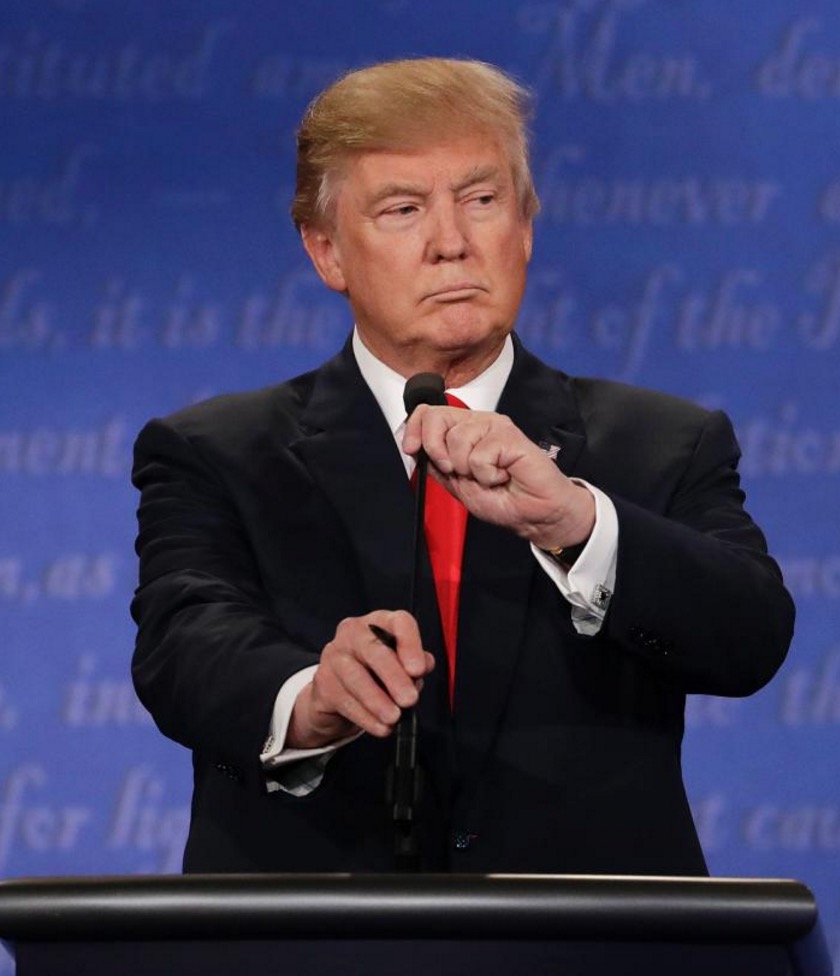 I like certainty and routine. I like my daily Tall Dark Roast with no room for cream at 5 am at Starbucks. I like the same restaurants, the same suits and ties and the same TV shows. Holidays throw me off and I get bored quickly when I have down time.

For six years, the healthcare industry in the U.S. has been adjusting to its new normal based on the regulatory framework of the Affordable Care Act (ACA). It became routine to discuss the volume to value, accountable care organizations, bundled payments, Medicaid expansion and Healthcare.gov. We were certain they’d be around for years to come.

Then came the election. When 61 million voters elected Donald Trump to the White House and kept GOP majorities in both houses of Congress, it signaled our routines in healthcare would be disrupted. The campaign promised to repeal and replace the ACA: its repeal appears certain but it’s replacement injects uncertainty into our routines around a number of meaty issues:

Answers to these are unknown. And they’ll not be found overnight. That’s the new, new normal. Uncertainty.

Most healthcare organizations put their 2017 Strategic Plans to bed before the election. Capital and operating budgets are already in place as by-products of their planning effort. Each is based on assumptions that carry a high level of certainty.  The election results changed things for many.

The new, new normal in U.S. healthcare is about navigating uncertainty.

For drug and device companies, the news is mostly good. Though the 12 nation Trans Pacific Partnership trade deal appears dead and the Trump campaign railed against drug prices, price controls appear unlikely.  The elimination of excise taxes on medical devices and mandated discounts for prescription drugs appear likely. The administration is likely to focus on streamlining the FDA’s approval process to create more competition which could take years. That’s the reason their stocks in these sectors have gained 10% since the election.

Ditto good news for the health insurance industry. Repeal of the ACA means onerous requirements like essential health benefits and premium increase constraints go away. They’ll benefit from greater flexibility in setting premiums and benefits design. No doubt, they’ll negotiate around guaranteed issue and risk-ratings to strengthen their bargaining position. The marketplaces will be auctioned off to the states, and commissions will be created to define a path forward for private coverage just in time for the 2018 elections. All in all, good news.

For health information technology companies, the news is mixed: there’s no evidence meaningful use will be suspended at last through Stage Two since its funding is outside the ACA, but fear that hospitals and physicians might pull back investing in HIT given mounting uncertainties is evident. Digital health and telemedicine sectors are the exception as the healthiest hospital systems advance their care coordination and population health management efforts but solution providers in both sectors are plenteous and standards around privacy and security risks a work in process.

But for providers, especially hospitals, the election outcome is particularly unsettling. As insurers gain leverage and employers press for lower costs, they’ll hammer physicians, hospitals and post-acute providers for steeper discounts. Medicare’s path will be an unknown for a while: will the GOP successfully orchestrate its transition to a premium support model? Will its mandated bundled payment and value-based purchasing programs carry over as a new CMS team steps in? As Medicaid is transferred back to the states via block grants, will providers be commoditized by the private Medicaid managed care organizations currently used in 39 states to keep costs/beneficiary low? For physicians, MACRA isn’t likely to go away: the election assures that at least 90% of eligible physicians will simply opt for its lower risk MIPS payment model until the dust settles around alternative payment programs like ACOs. Thus, for all providers, uncertainty is reality. And for hospitals, the uncertainty is precautionary.

In most hospitals, boards and management are meeting to revisit their 2017 plans in light of the election results. Like early-stage prostate cancer for men, watchful waiting is a reasonable response to the new, new normal. Uncertainty can be debilitating but a few things are clear:

The certainty of escalating cost pressure. Operating margins for hospitals will shrink faster than anticipated. The potential suspension of insurance coverage for 21 million newly insured means increased bad debt for hospitals. That’s reality. Scale and scope need fresh attention: affiliations and partnerships make more sense now than ever. And cost reduction efforts will take center stage beyond the bread and butter punch list promoted by most consultancies– supply chain improvements, workforce productivity, capital costs for bricks, sticks and technology, and formulary design. Clinical process redesign will be first and foremost: a recent Truven analysis showed savings of $400 per admission in cardiology, gastroenterology and other key programs that are designed around efficiency and effectiveness—more than savings in formulary design and other staples in cost reduction. These expanded hospital cost reduction efforts will necessitate attention to medical practice operational performance since one in three physicians is now a hospital employee and compliance risk mitigation to avoid penalties for safety lapses, avoidable errors and suboptimal outcomes. Add cost effectiveness in data capture necessary to quality, safety and costs, rationalizing of health information technology investments, surgical precision in the design of health insurance benefits for hospital employees and openness to outsourcing virtually every function where efficiency and effectiveness gains can be realized—that’s the widening domain of hospital cost reduction. And it’s certain to be a priority.

The imperative of physician leadership. Physicians aren’t happy. The majority in their ranks believe the health system is deteriorating as their clinical autonomy is challenged and incomes threatened. Being an employee of a large medical group or hospital is not a desired end-game for many but remaining independent seems a pipe dream to most. And the complexity of clinical practice—adherence to evidence, measuring and monitoring outcomes and patient experiences, engaging peers in care coordination, converging behavioral, physical and alternative health disciplines in diagnostics and treatment planning, and acclimating to person-centered care that’s transparent—is daunting. Hospitals bear the brunt of these understandable feelings: they’re intense. Effective physician leadership will be imperative in every sector of healthcare as the new, new normal unfolds. It requires business savvy that compliments clinical training: as financial pressures mount and regulatory expectations change, understanding creation of and access to capital, compliance risks, workforce performance, and day to day operations will be as important as acumen in understanding signs, symptoms, risk factors and co-morbidities. System-building is the future: that’s certain. And those activities, programs, investments, relationships and business interests will revolve around capable physician leadership and financing and delivery are fully integrated.

The centrality of person-centered services. Individuals in every stage of health are the most important stakeholder in the new, new normal. Patient-centered care is limiting: it conveys a paternalistic demeanor toward individuals lending to widespread variability in access, costs and outcomes. It’s limited to inpatient and outpatient services delivered by providers to patients. That’s not the future. Employers are pushing away from conventional coverage forcing employees into high deductible plans. Social media and digital health are providing meaningful comparisons of providers, drugs and plans conveniently and credibly. Health is being defined more broadly around concepts of wellbeing in which social determinants and community programs matter. Alternative health, retail services, telemedicine and online services are as critical in the new, new normal as beds and clinics. Healthcare organizations that default to traditional views of individuals as patients and enrollees risk a growing opportunity for growth and innovation. Transparency in interacting with individuals will be more important than ever: the unintended consequence of Campaign 2016 is widespread public disillusion with established institutions and suspicion about “fake news”.  That’s the reality of the new, new normal.

The election 12 days ago assures uncertainty in U.S. healthcare. Across our system, the unknowns outweigh the knowns. The new, new normal need not be paralyzing: it presents new opportunities for organizations that adapt.

P.S. The election surprised many. In this Thanksgiving season, we should celebrate a system where our periodic political campaigns are the basis for the governing of our Republic. Regardless of the outcome, we live in a system that’s imperfect but still “of the people”.