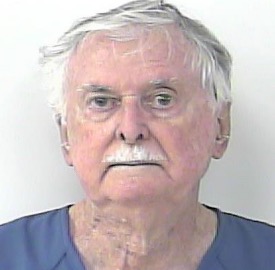 Earlier this month an 86-year old man in Florida killed his 78-year old wife.  He called 911 and when the cops arrived he confessed.  When asked why he did it, the man told authorities that the couple could no longer afford her medications.  She’d been sick for 15 years, the man said, and was often in pain.

News sources reported that the couple filed for bankruptcy in 2011.  At the time, they had $53,900 in liabilities, most in medical bills put on their credit card.   They lived primarily on social security.

There’s very likely more to this sad story, and it’s unclear why Medicare didn’t cover most of the couple’s drug costs.  He told authorities he shot his wife (while she slept, by the way) because they had “run out of options.”

Related, a few months back a Massachusetts Institute of Technology economist and a Harvard oncologist proposed that banks create a new kind of long-term loan—pegged somewhere between a car loan and a home mortgage—that would let people borrow money to pay for expensive medicines.   For example, a loan for a $100,000-a-year drug might require pay back in 9 years at an annual 9% interest rate, they suggested.

With a nod towards value-based payment, they proposed that a borrower would not have to repay a loan if the therapy didn’t work or if the patient died.  Andrew Lo, of MIT’s Sloan School of Management, and Dr. David Weinstock, an oncologist at the Dana-Farber Cancer Institute, told news outlets they agreed that good insurance would be a much better option. “This is a private sector stopgap way to deal with [the drug price/cost problem] right now,” said Lo.

Clearly, the Florida mercy murder was an outlier event and the loan idea is probably going nowhere.  But both speak to mounting anxiety—even desperation—around the issue of rising prescription drug costs.  A 2015 Kaiser Family Foundation survey found that to be among the public’s top health concerns.  And Modern Healthcare on May 23 reported that its’ latest poll of hospital and healthcare CEOs found that 70% supported “aggressive measures” to slow drug costs.

The issue’s move to the front burner in the past year has been triggered primarily by the emergence of a new batch of expensive and effective medicines to treat hepatitis and cancer.  There was, of course, also the fact that a number of pharmaceutical companies were caught raising prices exorbitantly on older medicines for no other reason than to maximize profit.  You’ve heard/read the stories.

Those stories had the White House, many members of Congress, and some presidential candidates—including Trump—fulminating about the industry.

In the context of that spotlight, it’s worth checking in on the status of the latest high-profile initiative to address the problem.  The initiative powerfully illustrates how hard it’s going to be politically to tackle Rx drug prices/costs.

The Part B Drug Experiment

On March 8, 2016 the Center for Medicare and Medicaid Services (CMS) issued a proposed rule to test changes in how drugs administered under Medicare Part B are reimbursed.  In the capsule summary of the proposal, CMS said its aim is to test ways to “reduce Medicare expenditures while preserving or enhancing the quality of care provided to Medicare beneficiaries.”

Sorry, but a bit of background is necessary since the way Medicare pays for drugs is complicated.

Under Part A (hospital coverage), drugs administered in the hospital are reimbursed as part of the hospital bill.

Under Part B (physician and outpatient clinical services), Medicare pays for infusion and injectable drugs and biologics administered in doctor’s offices, clinics, and hospital outpatient departments.

Under the Medicare Advantage program, almost all health plans cover prescription drugs, and that cost is built into the government’s per beneficiary payment.

In Part B, since 2003, Medicare has paid for drugs according to a formula: “average sales price” (which has its own set of calculations and problems) plus 6%.  The 6% was established as a fee to doctors to cover their costs for procuring, stocking and administering the drugs, and billing Medicare.  Congressional action in 2013—to reduce the federal budget deficit (a process dubbed sequestration)—lowered the 6% fee to 4.3%.

Here’s the thing:  The fee was never intended to be a profit center for doctor’s offices and clinics that administer drugs, with a built-in incentive to prescribe more expensive drugs.  But the 6% (now 4.3%) add-on to average sales price has effectively made it just that as the prices of many of the drugs administered in doctor’s offices (such as cancer and biologic drugs) have soared.

By way of simple illustration, a $100,000 drug gets a doctor’s office a fee of $6,000.  A $15,000 alternative drug brings in just $900.  For oncologists and outpatient chemotherapy clinics, in particular, the fee is a substantial part of their revenue stream since most of what they do is infuse cancer drugs, to the tune of hundreds of thousands if not millions of dollars a month.

Medicare beneficiaries are caught up in this as well.  Under Part B, they share expenses, with Medicare paying 80% and the beneficiary paying 20% of the bill, if the beneficiary does not have supplemental coverage.  And about 10% to 15% don’t—almost all of whom have annual incomes under $20,000.

What CMS proposes is to test a reduction in the fee to 2.5% and to tack on a flat $16.80 per drug per patient.   The agency also wants to test value based purchasing arrangements for drugs in Part B.  In the test, doctor’s offices (mostly oncologists and rheumatologists probably) nationwide would be divided into four groups, with a control group getting reimbursed according to the status quo.  I’ll spare you further details, all of which are available in the Federal Register proposal.

Predictably, most Democrats, health reform advocates, and liberal consumer groups such as AARP support the experiment.  Republicans, conservative and physician-interest groups, and a number of patient advocacy organizations don’t, claiming that the experiment is ill-conceived and will hurt patient access to drugs and thus treatment and the quality of care.  The critics also assert that many physicians would end up paying more for some drugs than they get reimbursed—thus losing money.

A fierce lobbying campaign to kill the proposal is now underway, and it could be successful.  On May 2, a dozen or so House Democrats broke ranks and called for the proposal to be completely scuttled.  Another 60 raised concerns in a letter, according to a story in The New York Times. Some Democrats also raised objections at a House hearing on May 17.  And every member of the Senate Finance Committee—14 Republicans and 12 Democrats—expressed reservations at a recent hearing.   A one paragraph House bill (HR 5122) would bar CMS from implementing the initiative.

As a New York Times story by Robert Pear stated:  “Whatever the merits of the proposal, the administration has to date been outmaneuvered on Capitol Hill.”

Public comments on the rule were due to CMS on May 9; it received 1,352. The comments were posted May 19; you can view them here.  I have not had time yet to read them.

The House Republican opposition letter is here.   And here’s a letter from consumer groups supporting the proposal.

My take:  CMS and the White House should work with Congress to modify the proposal over the next few months.  It should not be scuttled.  Experiments like this—which are consistent with the move to value- based care and the removal of perverse incentives to deliver pricier care than needed—are essential to making progress on reducing the rate of increase in prescription drug spending.