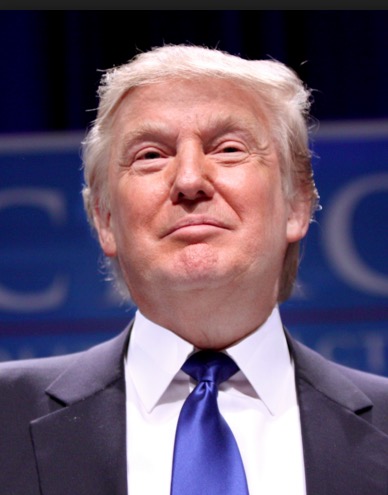 The CDC issued advisories nearly everyday.  There was no vaccine available but efforts were underway to make one since the genome of the mutated virus had been sequenced.  People were urged to stay home, wear masks, cover their mouths when coughing or sneezing and to get the annual flu shot since that might confer some protection.   Then President Trump decided to act.

He issued an Executive Order declaring that the border with Canada and Mexico be semi-sealed—essential commerce only.   Passengers on all international flights were to be subjected to screening and temperature measurement.  Many pointed out that these measures did not work and that the mutated virus was already in the U.S.  Trump, dismissed those concerns, noted that immigrants often brought disease along with them, that no one could be sure whether the outbreak was part of a conspiracy and that screening was the smartest thing to do.

As other Americans sickened and died Trump moved to quarantine those who were ill and their families.  He said ‘the cowards did not do it for Ebola or zika and the thing is not gonna go out of control on my watch’.   Americans did not take kindly to quarantine especially when no provision had been made for getting them food or removing garbage.

Soon people began to break quarantine—heading to supermarkets, hardware stores, and to visit relatives who themselves were homebound.  Trump told every governor to get the state police involved to enforce quarantine but the numbers involved simply overwhelmed.  Trump declared martial law and called out the military to enforce it supplemented by National Guard troops dispatched by cooperative governors.   With lawsuits flying Trump addressed the nation, defiantly asserting that no communists would disrupt his drive to preserve a ‘great America’.  When two young black men were shot outside their home in Oklahoma after a mob confronted local police and national guardsmen Trump issued a statement that ‘these people would either obey lawful orders or they would be jailed’.  When the CDC pointed out that sending infected or exposed people to jail would only serve to boost the epidemic he ordered detention-style camps built in every state.  Many state authorities simply refused.  The media had long ago given up any pretense of public health education in favor of covering the political battle between Trump, recalcitrant governors in many states, his own CDC amidst catcalls from the international community.

Finally, after hundreds of deaths the first supply of vaccine became available.  Trump was vaccinated on national television before ordering that the military and police receive vaccine priority.  Health officials went berserk arguing that the immunosuppressed and health care workers needed priority too.  Trump however was too distracted to listen.  He became engaged in a vicious trade war with China to punish them for allowing an epidemic to spread to the greatest nation on earth.

As the epidemic began to fade many called for an assessment of what had gone wrong in battling the avian flu epidemic of 2017. Trump ignored them. He was too busy preparing a hand-picked slate of candidates for the 2018 mid-terms.