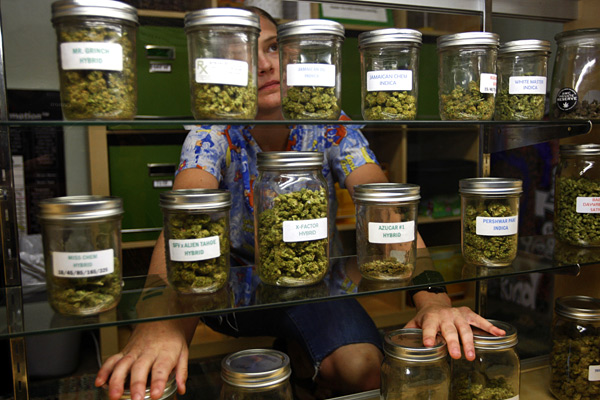 The sum total of those multi generational observations back in prehistory led societies all over the world to attempt, with greater or lesser success, to bar young people, those under 21 years old, from consuming intoxicating substances, because the clear and demonstrable result was impaired behavior, often for the rest of their lives.

Now, jump shift to the question of marijuana, which is an intoxicating drug, and if logic has any role in the observations of altered behavior and alter decision-making capacity in early alcohol abusers, then marijuana use/abuse could reasonably be expected, much like alcohol, to be strongly associated with impaired decision-making capacity in young adults who used marijuana in their immature years.

The huge advantage we have now is that we can take MRIs of the brain, and have discovered that the frontal lobe is the site where fine considered decision-making is processed, and we know that that lobe doesn’t finish developing until the age of about 21 years, the imperatives become clear. Anything, be it alcohol, marijuana, or other sedative or hypnotic drug use/abuse, stands a very high likelihood of doing the same permanent damage that early alcohol use/abuse does, namely to prevent the final maturation of the frontal lobe, and thus the maturation of decision-making in the individual being followed.

So, given what we have known for many generations, and what science shows us now, I cannot see how a thinking adult would ignore the comparison between sedating/intoxicating alcohol use, and sedating intoxicating marijuana use in an underage person, who has used substances and exposed their developing brain, a brain which society has every reason to expect to mature. If maturation is delayed or arrested/altered by the use of a substance, why would any observing adult condone its use in young people, whom he/she expects to mature and become responsible adults, parents, reliable employees, and the leaders of the future?

If this seems over simplistic, I plead guilty. There is no scientific peer reviewed evidence that I’m aware of that would indicate alcohol and marijuana do not cause comparable alterations/damages to the developing frontal lobe, and until and unless someone shows me credible scientific evidence that marijuana does NOT permanently damage a developing frontal lobe, my advice to young people and to their parents would be to avoid use of either alcohol or marijuana until the individual has reached 21 years of age. That some young adults have “gotten away with use of either alcohol or marijuana or both,” and appear to have matured normally does not damage the theory that a significant percent of youthful users/abusers of any intoxicating and/or sedative substances will and do demonstrate impaired decision-making throughout the rest of their lives.