This Year Give The Gift of the Health Care System 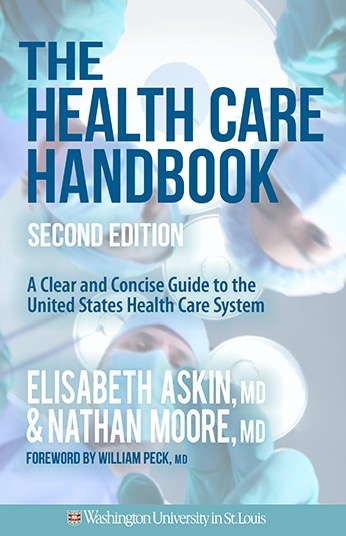 We have partnered with THCB to provide excerpts from the 2nd edition of the Handbook, which will provide background and insight on important health care issues that we face today.  We would love your questions, comments and feedback.  Today’s excerpt provides a brief overview of the state of the US health care system today.

The U.S. currently spends more than 17% of its national gross domestic product (GDP) on health care, far more than any other country in the world. Health care spending now averages almost $9,000 per American,1and health care is the fastest growing industry in the country.2Private (nongovernmental)health care spending accounts for a large portion of the difference between spending in the U.S. and in other industrialized countries. 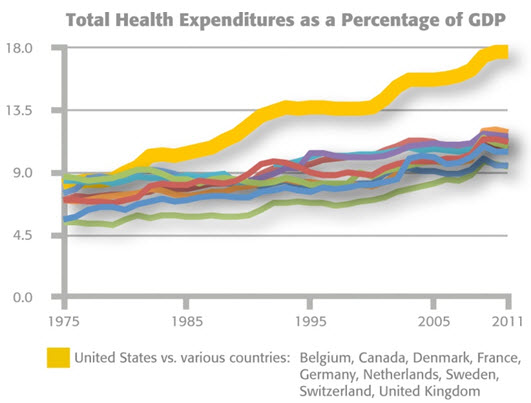 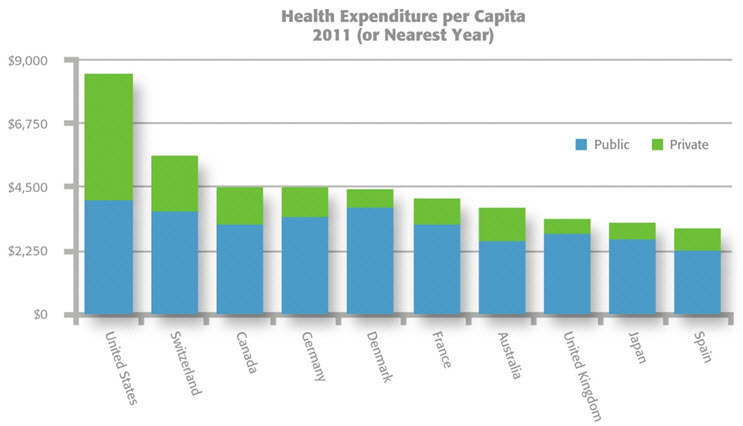 The U.S. has fewer physicians,hospital beds, physician visits,and hospitalizations per capita than most other industrialized countries.3 Eighty-five percent of Americans report having a regular source of ongoing care, but more than a quarter encounter difficulty accessing the healthcare system.4 There are large disparities in access by type of health insurance coverage. 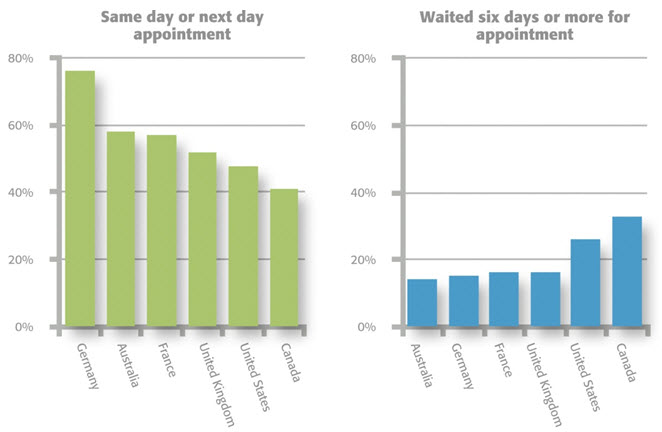 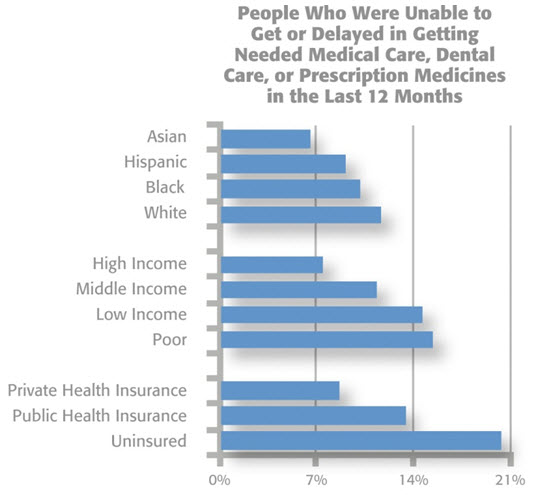 Despite spending all that money, we don’t have the highest quality health system.Americans only receive about 55–70% of recommended care they need,4,5and huge disparities exist in health outcomes by insurance status, race, income,and location.6 Life expectancy is rising, but not as fast as in other industrialized countries. The U.S. ranks poorly for infant and maternal mortality, preventive care, and chronic disease care. On the bright side, we’re near the front of the pack in cancer care, medical research and education, and diagnostic imaging.3 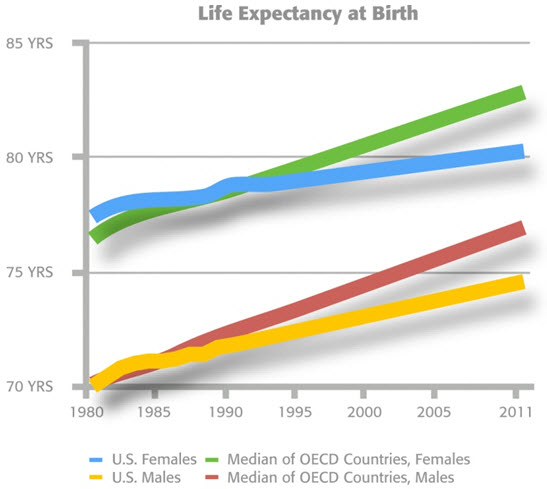 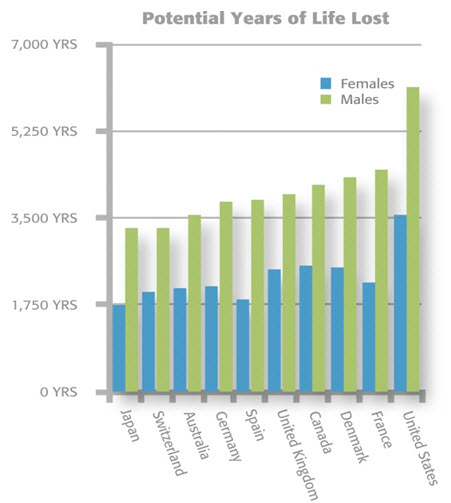 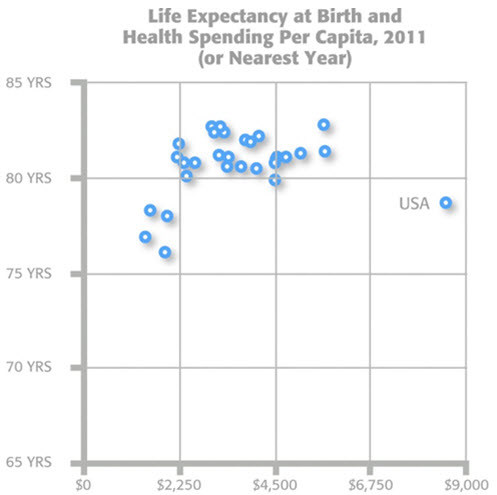 Any way you slice it, the U.S. health care system is in trouble. The most recent major international comparison by the Commonwealth Fund ranked our system 11th—which isn’t so bad until you realize that the study only included eleven countries. 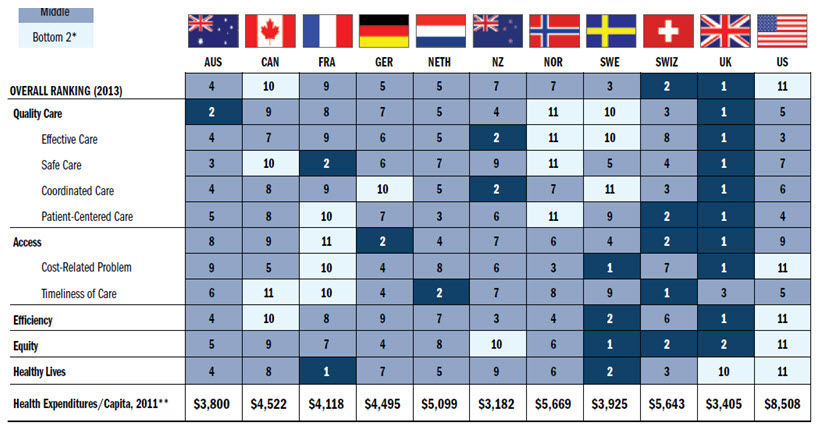