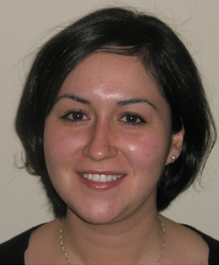 I remember joking with Dad about how he’d outlive us all. He had gone vegetarian 10 years before I was born, never smoked, took vitamins, and asked for a designated driver after his annual Heineken at the neighbor’s Christmas shin-dig. He flossed, wore a seat belt, and looked forward to annual physicals. If I tried leaving our Michigan house in the winter with more than 3 inches of skin exposed, he would follow me to the door yelling “It’s no fun being sick!” We were always working class, but both my parents had union jobs with solid benefits and therefore we were covered by two health plans. Despite our attempts at persuasion, he refused to drop his coverage–the Rolls Royce of health plans, as we dubbed it–in favor of my mother’s plan. “I don’t want to worry about bills” he said, and only dug his heels in after retiring.

Nevertheless, on his 64th birthday my father had an endoscopy, after which the physician looked stricken. Later I saw images of the adenocarcinoma that spread like a hand around the top of his stomach and into his liver. He was supposed to have 3 months without treatment, but things were looking up after a few rounds of chemotherapy. He was tolerating the treatment well, and the spots on his liver shrank. Thank God he stuck to his guns about the insurance, I thought. It was one less thing to worry about.

Just after Christmas, my father caught a minor infection but was hospitalized for a week. Listening outside the curtain in the emergency room as he had a Foley inserted was a low point, but I did not know then about the insults left to come. He pulled through, but decided to stop chemotherapy the following month. Around March, Mom mentioned that collections notices had started coming to the house, and that dad had tried to hide them.

I wanted to help, but she had no idea what the bills were for, and couldn’t understand how there could be a bill when we had two good health plans. Mostly what I gleaned was that she was scared. She was trying to get him to his appointments on time, make sure he took his medications, feed him and generally cheer him on. I remember ending these calls with a pit in my stomach about where this could lead, but we had to prioritize. One crisis at a time, my mother would say.

The woman unflinchingly emptied buckets, changed diapers and slept in a folding chair next to my father toward the end, but she was not built for the business aspects of illness. So in the week following Dad’s death I called the insurance companies, the hospital, and the collectors to let straighten out the mess. Despite having wading through those bills, I still could not say what his treatments cost. As to what they were worth, there are still no words.

I used to wonder what went wrong, or what I would advise others to do to avoid this kind of stress, short of never getting sick. I have only gratitude for the doctors with regard to his treatment, and for the manufacturers of the treatments that extended his life. But how exactly do you put a price on these that still give allows patients access?  Quality costs, and I do not envy the people charged with that task.

Should health care providers routinely ask patients about their financial concerns as it relates to care? In our case, when I think of my sick father hiding away bills, I don’t think it would have hurt. I am left with hope, but no answers for the millions without coverage.

What should they do? When I am a physician, what can I do?

Libertad Flores is a first year medical student at the Alpert Medical School of Brown University.