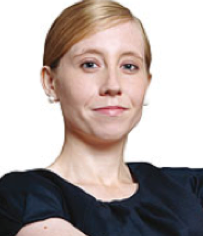 As a graduate student in the health field I often get phone calls from various family members and friends asking what I happen to know about different drugs, procedures, and devices. I was having one such conversation with my younger sister last spring. She had just completed her undergraduate education, started a new job, and was very proudly financially self-sufficient for the first time.

We were talking about birth control. Her yearly exam was coming up and she was considering the therapeutic and cost efficacy of different forms of contraceptive. I had recently attended a class where the intrauterine device had been discussed as a cheap, effective form of contraceptive that is underutilized in the United States. A few strokes of the keyboard and my sister and I were able to find that with no insurance, the hormonal IUD costs $843.60. We quickly calculated that at 20 bucks a month for the pill, after 5 years, the IUD would end up being significantly cheaper – even before taking her insurance in to account.

A few weeks later my sister excitedly told me that she had discussed the IUD with her doctor who had informed her that it would only cost around $200 with her type of insurance. She had already scheduled her appointment to have it placed.

While the procedure itself went off without a hitch, the next phone call I received was of a decidedly different tone. She had just received her bill in the mail – a bill for $1100!

“How is it possible that it cost so much more than they said it would?”

“Did you call the insurance company?”

My sister was frantic. As a new graduate just entering the workforce, she was living pay check to pay check. There was no way she could come up with an extra $900 at the drop of a hat.
But something didn’t add up. How could this device and the procedure cost so much more than all the information had said it would? “Let me talk to them for you,” I said.

After weeks of un-returned phone calls and department transfers, I was finally able to secure a billing inquiry. The inquiry itself took months. By the end of the process my sister was fending off collection calls from the hospital trying to explain that we were disputing the charge. In the end it all came down to a coding error on the part of the physician. The visit had been erroneously coded as an inpatient procedure. The amount of the correct bill? One hundred and fifty dollars.

While it would be easy to chalk this up as a happy ending, I think the moral here is a bit different. My sister did everything right. She researched the procedure on her own, discussed it with her doctor, and called her insurance company when the bill was different than she expected. I am not sure many of us could claim to be that involved in our own healthcare and yet had circumstances been even slightly different, she would have ended up paying $900 more than she was supposed to.

I, like most Americans, didn’t even know what medical coding was or how it worked until I started working in the field. Yet when I go to the grocery store, or buy plane tickets online, I know exactly how much it is going to cost me before the sale is final. It seems to me that if providers, patients, and payers all had access to the same cost information up front, it would drastically improve communication, reduce the potential to overlook errors, and better allow patients to play a more decisive role in their own health care.

Michaela Dinan, a PhD student in health policy and management at the University of North Carolina.