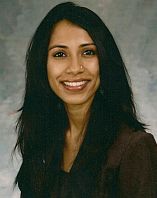 As a physician who works at Grady Memorial Hospital, I am regularly reminded of the implications of poor access to health care.

One of my regular patients had been suffering from diabetes and hypertension for five years. She was a single, dedicated mother who had been working long hours at a local grocery store to provide for her 15-year-old daughter. She understood that good health meant that she could perform better at work, and the earnings she received from her work would help her provide a stable home for her daughter. Therefore, she did whatever it took to keep herself healthy — monitored her diet, took her medicines diligently and visited the physician regularly.

Things changed one day when during one of her visits to my clinic she said, “Doc, I just lost my job. I don’t have insurance anymore. Medicaid denied me coverage even though they said it was OK for my daughter to have insurance. I can’t pay my co-pays to see you anymore. I may not see you next time.” I was horrified.

A mother who wanted nothing more than to be as healthy as possible for her child should be able to receive care. The health care system in our country that should be serving patients exactly like this one is preventing patients from receiving the care they need and deserve.

In many cases, access to health care coverage is not within the control of patients nor their physicians, resulting in significant consequences. That is, if they don’t obtain coverage, many of our patients will succumb to their (many preventable) illnesses if they don’t have access to their physicians or cannot pay for their medications. My patient’s future could be a testimony to this.

What further confounded me was that Medicaid denied my patient.

The Centers for Medicare and Medicaid Services states that “Medicaid is available only to certain low-income individuals and families who fit into an eligibility group that is recognized by federal and state law.” When you read further, these “certain low-income individuals and families” are further categorized. Some states allow only children, pregnant women, disabled and/or the elderly to have coverage, essentially leaving many poor parents and childless adults behind. No wonder we have 49 million uninsured individuals in the United States (more than 1.7 million in Georgia) who continue to struggle with access to care.

Right now, Medicaid in Georgia is only able to provide coverage up to 50 percent of the federal poverty level for parents and provides no coverage to childless adults. Ultimately, my patient only had one in two chances of attaining coverage. She unfortunately fell in the wrong 50 percent.

In this way, many more of our parents and our adults without children will receive coverage without resistance. Medicaid expansion will provide coverage to 16 million of our 32 million to-be-newly-insured in the United States. In Georgia, approximately 12 percent of our uninsured will be newly eligible for Medicaid.

Finally. America is moving forward in the direction of sealing the gap between the insured and the uninsured. I am ecstatic to know that our new health reform bill will save the lives of hundreds of thousands of Georgians by providing them with health insurance and access to quality health care. I am optimistic that it will benefit many like my patient, giving them the financial support needed to get treatment for their illnesses before it is too late.

But even this progress could be stalled. There is much anti-reform sentiment since the passage of the law from many of our government officials. Our new Gov.-elect Nathan Deal is threatening to defund many aspects of this health reform bill.

We can’t let this happen. We need health reform now. Many Georgians suffer from preventable medical conditions that can lead to deleterious consequences without coverage.

Let’s stand together and loudly proclaim to our governments that we will not back down until all our fellow Georgians receive the health care they deserve.