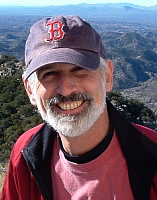 Lots of people are thinking about the form of payments between insurance companies and providers for health care services, but it is also important to think about how each such approach would be marketed as an insurance product to the population.

The payment model that gets the most attention is capitated, or global payments, combined with accountable care organizations. In this environment, an average annual budget is established for each person served by an integrated health care delivery system (ACO), and that budget is shared among the providers according to some mutually agreed upon arrangement.

But the insurance product that would accompany this kind of payment scheme is often left without much of a description. As I have talked with insurance executives, they often fail to explain how they would offer consumers a desirable choice for a product based on this payment plan. Instead the main focus seems to be on shifting risk from the insurer to the providers, reducing the amount of unnecessary expenses, and sharing the benefits of those changes between the insurance company and the providers. Over time, the theory goes, the cost curve is slowed and premiums go up less quickly. But, it remains unclear what the role is for consumer in this scheme.

Eric Schultz, the CEO of Harvard Pilgrim Health Care, is offering a different view. I heard him give a talk the other day and have read some of his company’s materials. I will try to offer a fair representation here.

Eric recognizes that changes in the payment and insurance system will have to evolve over an extended period. Noting that the current system has been in place for decades, he views that time frame as being well over five years, and more like ten. He seems to be advocating a step-wise plan, one that allows time for consumer and provider education and one that envisions mid-course corrections when the inevitable unintended consequences emerge. He is keen to avoid the kind of consumer and physician misunderstanding and resentment that characterized previous adventures in capitation.

His approach is exemplified in two new product lines being offered by HPHC. The first is called Focus NetworkSM and is described here. It is being tried out first in Central Massachusetts (see map). In essence, this is a plan that offers consumers less choice, relying on service from lower cost providers, and it enables HPHC to offer a premium that is 10 to 14% below the standard product.

How is it sold? While the Focus Network offers less choice, the consumer gets a clear choice between it and the standard plan. In a side-by-side comparison, a subscriber can see the difference clearly. Very importantly, HPHC advises its corporate customers to offer employees a defined dollar contribution towards their health care benefit. Doing it this way, rather than offering a defined percentage, ensures that the price differential between the two plans is not watered down in the eyes of the subscribers.

The second product line is a tiered network, where providers are grouped according to their cost. Well, not cost — price — i.e., the negotiated rates between HPHC and the providers. Physician groups (not individual doctors) are to be put in a tier based on the total medical expense of their patients (including hospitalization costs.) Hospitals will be specifically tiered based on their own expenses. Then, consumers get to choose their site of service, knowing that their personal co-pays and deductibles rise or fall depending on the tier chosen.

Under both schemes, the fee-for-service payment regime remains in effect, with a healthy dose of pay-for-performance incentives. In other words, global payments are not viewed as being necessary to change practice patterns or to influence consumer choice.

As I see it, Schultz is willing to bet that his approach will bend the cost curve with potentially less public outcry and backlash than might occur with others. I also am guessing that he wants to maintain HPHC’s reputation among consumers as an excellent HMO, something that is important as employers choose between HPHC and other insurers. He is doing so in a way that engages and educates consumers — and offers elements of choice — rather than imposing a new system that will appear to some as taking it away.

Paul Levy is the former President and CEO of Beth Israel Deconess Medical Center in Boston. For the past three years he blogged about his experiences in an online journal, Running a Hospital. He now writes as an advocate for
patient-centered care, eliminating preventable harm, transparency of clinical outcomes, and front-line driven process improvement at Not Running a Hospital.