Turning the Clock Back Isn’t Enough: The Nasty Surprise Awaiting the GOP on Health Care and the Deficit

By SCOTT BITTLE and JEAN JOHNSON 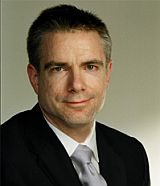 The Republicans who will take control of the House this January have made it clear there are two things they hate: deficits and President Obama’s healthcare reform. They’ve promised to reduce the first and repeal (or at least hobble) the second. But if you’re worried about deficits, repealing the Obama plan won’t do any good unless you’ve got a better idea. In fact, the numbers say repealing it could make the government’s budget problems worse.

Despite the outrage over spending on the Wall Street bailout, the stimulus or the Iraq war, at least these costs are temporary.  But the combination of an aging population and health costs that keep rising faster than inflation means that spending on Medicare, Medicaid and Social Security are going up – – and they’ll keep going up for years on end. With an aging population, there will be more older people eligible for these programs. The health care they need will cost more on top of it.

When people argue about the costs of an aging America, they often lump Social Security and Medicare together like they were the identical twins of public policy.  If they are twins, they’re more like the 1980s movie Twins, featuring Arnold Schwarzenegger and Danny DeVito as the world’s most improbable pair of brothers. Maybe you remember the iconic movie poster. It shows the two dressed alike, but with an enormous Schwarzenegger looming over DeVito.  In the budget world, Medicare and Social Security are both problems, but Medicare is definitely played by Arnold. Here’s why.

That’s why Medicare is the real budget buster. The Government Accountability Office likes to explain the budget problem by talking about the $56 trillion in “unfunded liabilities,” the country faces over the next few decades, commitments the government has made to provide Social Security and Medicare for people paying into these programs now.  About $34 trillion of that is Medicare alone.

That’s a mind-boggling number. You could throw out the $700 billion Wall Street bailout, the $787 billion stimulus package, the more than $1 trillion spent on Iraq and Afghanistan, even the $4 trillion the government will take in if we let the Bush tax cuts expire, and in the long term, we’ll still be in trouble if Medicare stays as it is now.

That means – and so few people in politics will say it flat out –that the government will go broke if it doesn’t either change Medicare or the broader health care system to control costs.  That was true before the Obama plan was ever passed.

And after? Yes, the Obama plan costs more than $800 billion over the next decade to expand coverage and implement other changes. But the nonpartisan Congressional Budget Office says because the plan reduces Medicare spending, it will trim the deficit slightly over the next decade ($143 billion by 2019) and by $1 trillion or more after that. Plus, the Medicare trustees say the changes in the bill extend the life of Medicare’s trust fund by 12 years, to 2029, which is significant.

How can that be? Well, the Obama plan cuts what Medicare pays to doctors and hospitals down the line, raises some fees and taxes, and pays for research on ways to provide health care more cost-effectively.   The projections depend on Congress following through on these changes planned in the law. If it doesn’t, there obviously won’t be any savings. What’s more, the projections assume the law actually succeeds in making the health care system more efficient, such as through new research into the best ways of providing care. If that doesn’t work – – and critics, including Medicare’s own actuary, are skeptical – – Medicare will cost more than projected.

So if we just repeal the Obama plan, and don’t find another way to cut Medicare’s costs, we’re back where we started: on our way to national bankruptcy. The same is true if Republicans go through with their plan to block the various provisions in the law.  Given the way Washington often works, it would be easy – – all too easy – – for Congress to jettison the unpopular cost-cutting provisions of the Obama plan and keep the expensive (but more popular) parts that will expand and improve coverage.

In today’s hyperpartisan political climate, too many people believe it’s enough to block the other guy’s plan.  That counts as a victory. But the truth is the status quo is not an option.  And it’s not at all clear that the Republican ideas on health care, such as a voucher system for Medicare or eliminating the tax breaks to employers to provide insurance, are going to be any more popular with the public than the Democratic plan or do any more to reduce costs. The Republicans have mostly ridden the wave of “not this.” They haven’t done the hard work of preparing the public for “what now?” But “what now” on health care is the question that really matters on the budget. If we don’t answer it, a lot of the other ideas might turn out to be Band-Aids.

Scott Bittle, author of “Where Does the Money Go? Rev Ed: Your Guided Tour to the Federal Budget Crisis,” is the executive editor of Public Agenda Online and has won two Golden Quill awards for feature articles and was honored by the Philadelphia Press Association for daily newspaper writing.

Jean Johnson, co-author of “Where Does the Money Go? Rev Ed: Your Guided Tour to the Federal Budget Crisis,” is the Executive Vice President of Public Agenda, Jean Johnson has more then 20 years of experience understanding public attitudes on a broad range of issues. She has also written for various publications such as USA Today, Education Week, and the National Institute of Justice Journal.