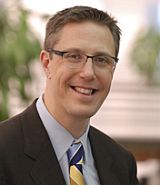 Anyone familiar with pharmaceutical industry restructuring will not be surprised by this prediction from the FT’s John Gapper for 2011:

A drugs company will drop early-stage research. Big Pharma has struggled for a decade with a dearth of potential blockbusters. Companies such as GlaxoSmithKline have restructured and slimmed down their research arms but the sector remains troubled, as the departure of Jeff Kindler, Pfizer’s former chief executive, on the grounds of “exhaustion” indicates.

The obvious course with something that is not working is to drop it. Shire Pharmaceuticals pioneered a strategy of outsourcing early-stage research to smaller companies and focusing on developing and trialling promising drugs. This will be the year when one of the industry’s biggest takes a similar tack.

Gapper seems pretty unworried about this transition, and perhaps from the standpoint of pure economic theory it makes little difference whether research is conducted in-house or purchased from other, smaller firms. But as a matter of public relations and political economy, this is a troubling development.

The Post-R&D PR and Jobs Crises

First, the pharmaceutical industry has long justified its profits by arguing that it invests in research and development. For those who favor a market-based approach to drug research, this is a vindication of laissez-faire. Rather than relying on the heavy hand of government to try to direct the research done at pharmaceutical firms, we can expect the “invisible hand” of the market to spin off solutions for everyone’s problems–from the richest to the poorest. Innovations eventually filter down from the highest-income individuals to those with fewer resources. Spending by the wealthy on health care leads to investment in research infrastructure that ultimately redounds to the benefit of all.

But to the extent that the industry spins off its research and development, shouldn’t policymakers be more concerned about the health of research firms than the continued thriving of Big Pharma? I suppose one could make the argument that big Pharma is evolving toward a Walmart or Google style of value creation via skilled intermediation. Its key role in that scenario is to identify the most promising researchers, CROs, marketers, distributors, and advertisers.

If that evolution occurs, it reminds me of another of Gapper’s predictions for 2011:

As China tries to make itself a hub for environmental [and energy] innovation, the US is retreating. Silicon Valley venture capital groups that identified green energy as a big opportunity are playing it down and turning to social media. China has the market, the cash and the science to stick with it.

In other words, Big Pharma’s moves toward becoming virtual companies, mere hubs of certifications, trademarks, tax dodges, and contractual obligations, mirror a longer-term hollowing out of the US economy. Whereas a nation like China has an industrial policy that encourages production of useful goods and full employment, US capital is migrating toward “platform plays” that merely redistribute bargaining power and information about goods and services. One can imagine all sorts of clever entrepreneurial ploys that fall out from this strategy—think Groupon for cheap pills! What remains unimaginable is how social networking leads to viable occupations for all but the most connected and tech-savvy.

Top US economic strategists used to claim that offshoring didn’t matter, as US citizens’ superior productivity, technological skills, and education would attract high-value jobs to the country. Given America’s massive failures in educational policy, we no longer hear much about the “high value” jobs that a global division of labor was supposed to deliver to us. Instead, we see ever higher unemployment and no plausible plan to keep decent jobs in the country, or to be sure that those that remain are paid decently. Andy Grove has also helpfully demonstrated the necessary connections between ongoing manufacturing capacity and research designed to make production better. As he puts it:

Startups are a wonderful thing, but they cannot by themselves increase tech employment. Equally important is what comes after that mythical moment of creation in the garage, as technology goes from prototype to mass production. This is the phase where companies scale up. They work out design details, figure out how to make things affordably, build factories, and hire people by the thousands. Scaling is hard work but necessary to make innovation matter. The scaling process is no longer happening in the U.S.

You could say, as many do, that shipping jobs overseas is no big deal because the high-value work—and much of the profits—remain in the U.S. That may well be so. But what kind of a society are we going to have if it consists of highly paid people doing high-value-added work—and masses of unemployed? . . . .

Finally, the increased outsourcing of R&D may menace existing cross-subsidization of research for neglected drugs and tropical diseases. To be sure, not much of this is going on presently; of the 1300 compounds tested for safety and effectiveness by major drug companies from 1992-2005, only 1% were directed toward diseases that predominate in the developing world. And a recent conference at BU gave me some hope that humanitarian research efforts could be distributed among small teams of researchers. Still, I worry that the ongoing shrinkage of Big Pharma will have results in the medical field similar to the gradual dissipation of Bell Labs.

Are there any solutions to be offered? The key to effective policy here is to recognize the extensive role the US government plays in the pharmaceutical industry. Epic battles over the scope of patent rights in the US are routinely fought in the US Congress. The US Supreme Court has recently opined on a number of fundamental issues in patent law in rapid succession. Legislation like the Hatch-Waxman Act prescribes a regime of protections and obligations for drug manufacturers that is extraordinarily complex, and continually contested. The FDA is involved in every step of a drug’s approval and marketing process. Medicare Part D legislation also significantly increased the US Government’s involvement in the pharmaceutical sector, providing an enormous amount of funding for spending on drugs for the elderly. International treaties like TRIPS also play a very important role in the pharmaceutical sector. In short, if there is one sector where state action is not simply a side constraint on “the market,” but rather serves to constitute it, that is the pharmaceutical sector.

Therefore, the US government needs to be much more involved in shaping both the output and the business practices of the industry to reflect national and humanitarian needs. On the humanitarian side, there are many excellent ideas in the book Incentives for Global Public Health. On the industrial policy side, perhaps there are lessons to be learned from this article on Chinese practice:

Foreign companies have been teaming up with Chinese ones for years to gain access to the giant Chinese market. Now some of the world’s biggest companies are taking a risky but potentially rewarding second step—folding pieces of their world-wide operations into partnerships with Chinese companies to do business around the globe.

Several earlier joint ventures inside China have soured over concerns that Chinese partners, after gaining access to Western technology and know-how, have gone on to become potent new rivals to their partners. “Foreign partners are seeing they will have to sometimes sacrifice or share the benefits of the global market with the Chinese partner,” says Raymond Tsang, a China-based partner at consultancy Bain & Co. “Some of the [multinational corporations] are complaining. But given the changing market conditions, if you don’t do it, your competitors will.”

To the extent that big Pharma is a truly global industry, US policymakers should be just as aggressive as Chinese ones in assuring that present private profits leave behind infrastructure that meets national needs for both quality healthcare and a balanced and highly skilled workforce. To neglect these imperatives is to declare unilateral economic disarmament vis-à-vis a competitor to which we are already massively indebted, and which has shown no qualms about taking US-developed intellectual property. If China wants certain concessions from multinationals for the good of its citizens, the US should demand no less.