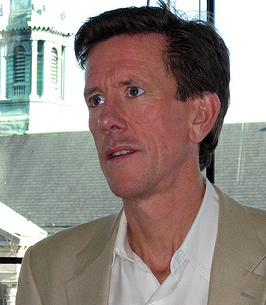 Google Health has seemingly been stuck in neutral almost from the start. Despite the fanfare of Google’s Eric Schmidt speaking at the big industry confab, HIMSS a couple of years back, an initial beta release
with healthcare partner Cleveland Clinic and a host of partners
announced once the service was opened to the public in May 2008, Google
Health just has not seemed to live up to its promise.
Chilmark has looked on with dismay as follow-on announcements and
updates from Google Health were modest at best and not nearly as
compelling as Google’s chief competitor in this market, Microsoft and
its corresponding HealthVault.  Most recently we began to hear rumors
that Google had all but given up on Google Health,
something that did not come as a surprise, but was not a welcomed rumor
here at Chilmark for markets need competitors to drive innovation.  If
Google pulled out, what was to become of HealthVault or any other such
service?

Thus, when Google contacted Chilmark last week to schedule a briefing
in advance of a major announcement, we were somewhat surprised and
welcomed the opportunity.  Yesterday, we had that thorough briefing and
Chilmark is delighted to report that Google Health is still in the game
having made a number of significant changes to its platform.

Today, Google is announcing a complete rebuild
of Google Health with a new user interface (UI) a refocusing on health
& wellness and signing on additional partners and data providers.
Google told Chilmark that the new UI is based upon significant user
feedback and a number of usability studies that they have performed over
the last several months. Rather than a fairly static UI (the previous
version), the new UI takes advantage of common portal technologies that
allow the consumer to create a personalized dashboard presenting
information that is most pertinent to a consumer’s specific health and
wellness interests and needs.  So rather then focusing on common, basic
PHR-type functions, e.g., view immunization records, med lists,
procedures and the like, the new UI focuses on the tracking of  health
and wellness metrics. This is not unlike what Microsoft is attempting to
do with MSN Health and their health widgets
that subsequently link into a consumer’s HealthVault account, though
first impressions lead us to give a slight edge to Google Health’s new
UI for tracking health metrics.

A particularly nice feature in the new Google Health is the
consumer’s ability to choose from a number of pre-configured wellness
tracking metrics such as blood pressure, caloric intake, exercise,
weight, etc.  Once a given metric is chosen, the user can set personal
goals and track and trend results over time. There is also the ability
to add notes to particular readings, thereby keeping a personal journal
of what may have led to specific results. And if one cannot find a
specific health metric they would like to track, the new platform
provides one the ability to create their own, for example the one in the
figure below to measure coffee consumption. Nice touch Google.

On the partnership front, Google is also announcing partnerships with
healthcare organizations Lucille Packard Children’s Hospital, UPMC and
Sharp Healthcare and has added some additional pharmacy chains such as
Hannaford and Food Lion among others.  On the device side, Google has
the young Massachusetts start-up fitbit (novel pedometer that can also monitor sleep patterns) and the WiFi scale company, Withings. On the mobile front, Google has added what they say is the most popular personal trainer Android app, CardioTrainer and mPHR solution provider ZipHealth (full disclosure, I’m an advisor to the creators of ZipHealth, Applied Research Works) which has one of the better mPHR apps in the market.

If any metric is a sign of pent-up consumer demand for what Google
Health will now offer it may be CardioTrainer. In our call yesterday,
the new head of Google Health, Aaron Brown stated that they did a soft
launch of CardioTrainer on Google Health by just putting a simple upload
button in CardioTrainer that would move exercise data to a Google
Health account.  In two weeks, over 50K users have uploaded their data
to Google Health. Pretty incredible.

Chilmark is delighted with what Google has done with Google Health.
The new interface and focus takes Google Health in a new direction, one
that focuses on the far larger segment of the market, those that are
not sick and want to keep it that way through health and wellness
activities.  Today, within the employer market, there is a major
transition occurring with employers focusing less on disease management
and looking towards health and wellness solutions that keep their
employees healthy, productive and out of the hospital. Google may be
able to capitalize on this trend provided it strikes the right
partnership deals with those entities that currently serve the employer
market (payers and third party administrators). Chilmark will not be
holding its breath though as to date, Google has not had much success in
the enterprise market for virtually any of its services.

And that is one of many challenges Google will continue to face in this market.

First, how will Google readily engage the broad populace to use
Google Health?  Google has struggled in the enterprise market,
regardless of sector, and will likewise struggle in health as well, be
it payers, providers or employers. Without these entities encouraging
consumers to use Google Health (especially providers as consumers have
the greatest trust in them), Google Health will continue to face
significant challenges in gaining broad adoption and use of its
platform.  But as the previous example of CardioTrainer points out,
Google may have a card up its sleeve in gaining traction by going
directly to the consumer through its partners, but it will need far more
partners than it has today to make this happen.

Second, the work that Google has done to re-architect the interface
and focus on wellness, particularly the tracking and trending of
biometric or self-entered data is a step in the right direction, but
Google has not been aggressive enough in signing on device manufacturers
that can automatically dump biometric data into a consumer’s Google
health account.  Yes, Google is a member of the Continua Alliance but
Continua and its members have been moving painfully slow in bringing
consumer-centric devices to market. HealthVault, with its Connection
Center, is leaps and bounds beyond where Google is today and where
Google needs to be to truly support its new health and wellness tracking
capabilities.  Google’s ability to attract and retain new partners
across the spectrum of health and wellness will be pivotal to long-term
success.

Third, Google has chosen not to update its support of standards and
remains dedicated to its modified version of CCR. While CCR is indeed a
standard that has seen some uptake in the market, Chilmark is seeing
most large healthcare enterprises devoting their energies to the support
of the CCD standard.  In our conversation with Google yesterday we
mentioned this issue and Google stated that they are hoping the VA/CMS Blue Button initiative
will take hold and provide a new mechanism by which consumers retrieve
their healthcare data and upload it to Google Health.  The Blue Button
is far from a done deal and has its fair share of challenges as well.
Google is taking quite a risk here and would be better off swallowing
the CCD pill.

In closing, Chilmark is quite excited to see what Google has done
with their floundering Google Health. They have truly hit the reset
button, have a new team in place and are refocusing their efforts on a
broader spectrum of the market.  These are welcomed changes and it is
our hope that with this new focus, this new energy, Google will begin to
show the promise that we at Chilmark have always had for this company
to help consumers better manage their health.