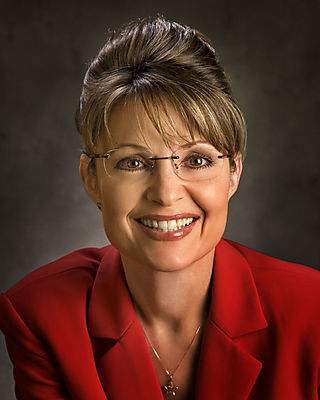 The bill prohibits insurance companies from refusing coverage to people with pre-existing conditions and from charging sick people higher premiums. [1] It attempts to offset the costs this will impose on insurance companies by requiring everyone to purchase coverage, which in theory would expand the pool of paying policy holders.

However, the maximum fine for those who refuse to purchase health insurance is $750. [2] Even factoring in government subsidies, the cost of purchasing a plan is much more than $750. The result: many people, especially the young and healthy, will simply not buy coverage, choosing to pay the fine instead. They’ll wait until they’re sick to buy health insurance, confident in the knowledge that insurance companies can’t deny them coverage. Such a scenario is a perfect storm for increasing the cost of health care and creating an unsustainable mandate program.

Supposedly the Senate Finance bill will be paid for by cutting Medicare by nearly half a trillion dollars and by taxing the so-called “Cadillac” health care plans enjoyed by many union members. The plan will also impose heavy taxes on insurers, pharmaceutical companies, medical device companies, and clinical labs. [3] The result of all of these taxes is clear. As Douglas Holtz-Eakin noted in the Wall Street Journal, these new taxes “will be passed on to consumers by either directly raising insurance premiums, or by fueling higher health-care costs that inevitably lead to higher premiums.” [4] Unfortunately, it will lead to lower wages too, as employees will have to sacrifice a greater percentage of their paychecks to cover these higher premiums. [5] In other words, if the Democrats succeed in overhauling health care, we’ll all bear the costs. The Senate Finance bill is effectively a middle class tax increase, and as Holtz-Eakin points out, according to the Joint Committee on Taxation those making less than $200,000 will be hit hardest. [6] With our country’s debt and deficits growing at an alarming rate, many of us can’t help but wonder how we can afford a new trillion dollar entitlement program. The president has promised that he won’t sign a health care bill if it “adds even one dime to our deficit over the next decade.” [7] But his administration also promised that his nearly trillion dollar stimulus plan would keep the unemployment rate below 8%. [8] Last month, our unemployment rate was 9.8%, the highest it’s been in 26 years. [9] At first the current administration promised that the stimulus would save or create 3 to 4 million jobs. [10] Then they declared that it created 1 million jobs, but the stimulus reports released this week showed that a mere 30,083 jobs have been created, while nearly 3.4 million jobs have been lost since the stimulus was passed. [11] Should we believe the administration’s claims about health care when their promises have proven so unreliable about the stimulus?

In January 2008, presidential candidate Obama promised not to negotiate behind closed doors with health care lobbyists. In fact, he committed to “broadcasting those negotiations on C-SPAN so that the American people can see what the choices are. Because part of what we have to do is enlist the American people in this process. And overcoming the special interests and the lobbyists…” [12] However, last February, after serving only a few weeks in office, President Obama met privately at the White House with health care industry executives and lobbyists. [13]

Yesterday, POLITICO reported that aides to President Obama and Democrat Senator Max Baucus met with corporate lobbyists in April to help “set in motion a multimillion-dollar advertising campaign, primarily financed by industry groups, that has played a key role in bolstering public support for health care reform.” [14] Needless to say, their negotiations were not broadcast on C-SPAN for the American people to see.

Presidential candidate Obama also promised that he would not “sign any nonemergency bill without giving the American public an opportunity to review and comment on the White House Web site for five days.” [15] PolitiFact reports that this promise has already been broken three times by the current administration. [16] We can only hope that it won’t be broken again with health care reform.

All of this certainly gives the appearance of politics-as-usual in Washington with no change in sight.

Americans want health care reform because we want affordable health care. We don’t need subsidies or a public option. We don’t need a nationalized health care industry. We need to reduce health care costs. But the Senate Finance plan will dramatically increase those costs, all the while ignoring common sense cost-saving measures like tort reform.

Though a Congressional Budget Office report confirmed that reforming medical malpractice and liability laws could save as much as $54 billion over the next ten years, tort reform is nowhere to be found in the Senate Finance bill. [17]

Here’s a novel idea. Instead of working contrary to the free market, let’s embrace the free market. Instead of going to war with certain private sector companies, let’s embrace real private-sector competition and allow consumers to purchase plans across state lines. Instead of taxing the so-called “Cadillac” plans that people get through their employers, let’s give individuals who purchase their own health care the same tax benefits we currently give employer-provided health care recipients. Instead of crippling Medicare, let’s reform it by providing recipients with vouchers so that they can purchase their own coverage.

Now is the time to make your voices heard before it’s too late. If we don’t fight for the market-oriented, patient-centered, and result-driven reform plan that we deserve, we’ll be left with the disastrous unintended consequences of the plans currently being cooked up in Washington.