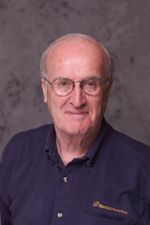 Humphrey Taylor is Chairman of The Harris Poll.  Prior to joining Harris, Taylor worked in Britain where he conducted all of the private political polling for the Conservative Party and was a close adviser to Prime Minister Edward Heath in the 1970 campaign and subsequently to Margaret Thatcher.

What do people really think about health care reform?  When political issues are difficult and complicated, published polls sometimes confuse rather than enlighten the debate.   And health care reform is fiendishly complicated, with many different issues and many different proposals for addressing them.  No wonder that the debate is generating more heat than light.  This is surely one of the times when political leaders should lead rather than follow public opinion.  As Winston Churchill once said, “The problem with politicians who keep their ear too close to the ground is that it is difficult to look up to them in that ungainly posture.”

While policy makers have to address the details of the proposed policies, most people do not.  They know what they want, or don’t want, but have only a very limited understanding of which policies will actually achieve their aims.  They are often strongly influenced by political rhetoric that varies from the accurate to the simplistic to the completely false. Many different words and phrases are used to describe different policies.  It is unreasonable to expect the public to understand the details of the proposed reforms or how they work in practice.

However, if you study all the polls, as opposed to cherry picking them as many politicians do, a  clear picture of public opinion emerges:

As a pollster, I believe that it is unreasonable to expect the public to understand health care reform policies because the issues are so tough and so complicated.  As H.L. Menken wrote, “For every complex and difficult issue, there is a simple solution – and it is wrong.”  The enormous complexity of the issues and the emotional public response to misleading political rhetoric, make one think fondly of Bismarck’s famous maxim that the public should not be allowed to watch the making or sausages or laws.  We should also remember that almost all health care systems in all countries seem to be almost permanently “in crisis” and that no matter what reforms are implemented, the demand for more reform – like death and taxes – will always be with us.  Democracy may be better than all alternatives but it sure is messy.

Humphrey Taylor is Chairman of The Harris Poll, Harris Interactive.  Prior to working at Harris Interactive, Taylor worked in Britain where he conducted all of the private political polling for the Conservative Party and was a close adviser to Prime Minister Edward Heath in the 1970 campaign and subsequently to Margaret Thatcher. In 1970, Taylor’s firm was acquired by Louis Harris and Associates, and Taylor took responsibility for building the Harris organization’s international business. In 1976, he moved to New York. He was appointed president of Harris in 1981, chief executive officer in 1992 and chairman in 1994.

Taylor has testified to congressional committees and subcommittees on Social Security, health care cost containment, Medicare, aging, policies affecting the disabled, drug exports, taxation of employee benefits and privacy. He has presented on these subjects in the White House and on Capitol Hill. He has published many articles and papers on survey research and public policy, he has also written editorial page articles for the New York Times, Wall Street Journal and the London Times. Taylor has been a guest lecturer at the University of California at San Francisco, the Kennedy School and the School of Public Health at Harvard, Oxford, New York University. He writes a weekly column that is syndicated in over 100 newspapers, and he broadcasts frequently on radio and television. He is the author of chapters on opinion polls in two leading textbooks on marketing research in both the United States and Europe (published by AMA and ESOMAR).