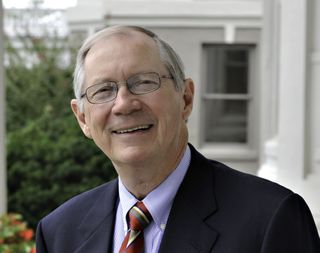 With President Obama’s plan for healthcare reform recently being dealt a tough blow by the Congressional Budget Office over soaring federal deficit projections, I am beginning to wonder if it is time for the President to modify his stance against taxing “Cadillac” healthcare coverage offered by employers.  It’s no secret what Senator Max Baucus, the Democratic Chairman of the Senate Finance Committee and one of the most powerful people in the healthcare reform debate, thinks President Obama should do.  Senator Baucus has been a vocal advocate of taxing healthcare benefits.  He recently told reporters that taxing employer-sponsored benefits is “the best way to raise money for an overhaul of the healthcare system.”  He has also been somewhat critical of President Obama’s decision to not tax healthcare benefits by saying, “Basically, the president is not helping us.”

In recent days, the Congressional Budget Office (CBO) estimated that the House Democratic legislation would add more than $230 billion to the federal budget deficit.  On the Senate side, Senator Baucus, who has been working with Senate leaders to formulate another plan, has pointed out the difficulties his committee has had with funding reform without some other type of significant revenue.

One way that raises enough revenue to cover well over the $230 billion figure projected by the CBO is through taxing employer-sponsored health benefits.  The nonpartisan Joint Committee on Taxation estimates that taxing employer-sponsored benefits above the value of the Federal Employees Health Benefits Plan (FEHBP), adjusted for inflation, would generate nearly $420 billion over the next 10 years, which would easily fund the difference in the budget gap.  Many other estimates place this number considerably higher.  Furthermore, many experts believe that this policy is a key way to reduce costs, because tax-free benefits encourage more spending on health care.

About 18 months ago, as I worked with a committee that I chaired in Tennessee called the Rolling Hills Group to create a structural model for national healthcare reform, I ran into the same problem that President Obama is facing today.  How do you pay for reform?  After considering several options on how to finance universal insurance, our group kept coming back to the same, single solution – the same one that Senator Baucus is a proponent of, taxing “Cadillac” healthcare benefits.

Under our proposal, we created a basic level of coverage similar to what members of Congress are offered today, known as the FEHBP standard option plan.  This plan is very generous and has been successful in holding down costs compared to other plans.  In order to make sure our plan was budget neutral, we decided we would no longer allow what we consider “Cadillac” coverage benefits to be tax free.  For example, in 2009, under our proposal, any individual policy worth more than $5,871.84 or any family policy worth more than $13,445.64 would be subject to a tax.  Anything less than this amount would be tax free.  For individuals, any amount above the base value of the plan would be considered income.  While for companies, any amount above the base value of the plan would no longer be deductible as a business expense.

We had this idea vetted by the Moran Company, who said that our plan is actuarially sound and budget neutral for the federal government once fully phased in.  Just as a note, in our plan we also derive revenue from Disproportionate Share Payments (DSH) and hold down up front costs by phasing in the reform over a 10 year period.  Disproportionate Share Payments is funding that hospitals receive for treating indigent populations.  Thus, it is reasonable to decrease DSH payments as the uninsured population decreases.

If taxing “Cadillac” coverage raises enough revenue to make healthcare reform budget neutral and encourages less spending on healthcare, why has such an attractive option for reform been pulled off the table amidst the President’s insistence on urgency?  As is usually the case with healthcare reform, the answer may be in the politics.

In recent weeks, several articles have outlined strong opposition by labor unions to the taxation of their healthcare benefits. In the Washington Post, the AFL-CIO stated its opposition to taxing “Cadillac” coverage.  Michael Sullivan, the President of the Sheet Metal Workers Union, has also adamantly stated his opposition to taxing healthcare benefits by saying, “Any bill that taxes health care benefits is dead on arrival.” Understanding these political difficulties, but still seeing the taxing of benefits as a viable way forward, lawmakers have demonstrated that there may be room for compromise.  Senator Baucus himself has hinted that he might consider grandfathering in the taxation of health benefits that are part of a collective-bargaining agreement, which would allow union plans to remain tax-free until new contracts can be negotiated.

Labor unions are not the only ones who have come out against the taxation of “Cadillac” plans, as many large corporations have exhibited significant opposition as well.  However, if healthcare reform is going to happen this year, Congress and President Obama may want to take a harder look at taxing “Cadillac” healthcare benefits as a means of raising revenue and achieving their other healthcare priorities.  I think it is fair to say that if Obama explains to the American people that the Government is only going tax the most lavish of benefits, he might find greater support from the American public for the change in health care that he promised to bring and that this nation so desperately needs.

Clayton McWhorter is a former President and chairman of HCA and current chairman of Clayton Associates and the Rolling Hills Group.  He is the founder of the group SHOUTAmerica, a Nashville based organization that uses social networking and other internet-based technologies to push for change in the healthcare system.