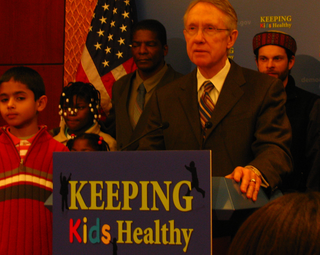 Finding $600 billion from
another part of the budget to simply subsidize these out-of-control
costs would be tantamount to just raising taxes to keep paying this
unsustainable bill. Pouring another $600 billion into the system would
have the supply-side inflationary effect of just pushing costs up even
more–pour lots more money in and it will get spent. Why would any
stakeholder–provider or beneficiary–have any incentive to reduce health care costs?

But
finding $600 billion would go a long way to also meaning no one in
Washington would have to face the hard choices needed to actually
reform our system. It would mean we could just promise everyone
painless access to whatever health care services they want. Just think how happy consumers, doctors, drug companies, hospitals, and all the rest would be.

That is until the money ran out.

But, you know, this is just shortsighted and politically expedient enough to go somewhere.