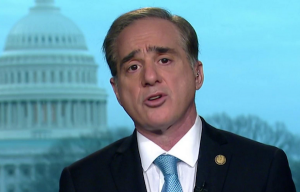 Jessica DaMassa asks Matthew Holt all the questions she can about health & technology in 2 minutes. Today’s firing of VA Secretary Shulkin dominated the conversation, but there was time for a quick word on Oscar Health and what its recent huge funding round meant–Matthew Holt