Will Feeding Watson $3 Billion Worth Of Healthcare Payment Data Improve Its Decisions? 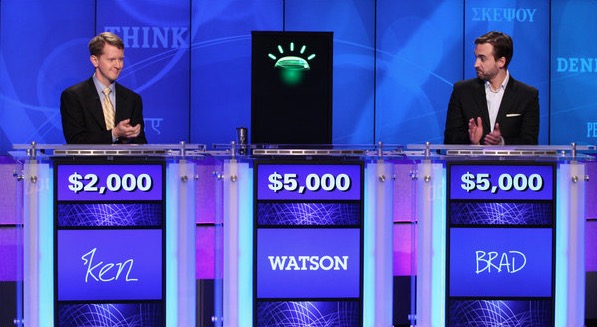 On Feb 18, IBM announced its purchase of Truven Health Analytics for $2.6 billion. Truven collects and crunches payer data on medical costs and treatments. IBM will combine Truven’s data with recent other data acquisitions from the Cleveland Clinic’s “Explorys” and from Phytel, a software company that manages patient data. These data sets will be fed to Watson’s artificial intelligence engine in hope of helping doctors and administrators improve care and reducing costs. Truven’s data reflects more than 200 million patients’ payment records. Collectively, Watson will now have access to healthcare data on about 300 million patients.

Our question is whether healthcare payer data are so inaccurate and, worse, biased, that they are more likely to mislead than guide? Will the supercomputer’s semiconductors digestion of junk and contradictory information produce digital flatulence or digital decisiveness? On the other hand, despite our cautions, we also encourage IBM and Watson to continue their explorations with these data sets. There is much to learn and little to lose in trying, even if the incoming data are unusually messy, biased, and fragmented.

First, as noted above, the best data we have—from electronic health records (EHR)–are often seriously flawed, incomplete and inaccurate. The reasons for this are known: patients are seen in many different facilities that can’t communicate with each other because of proprietary data standards and the government’s laissez faire non-insistence on interoperability. Also, patients (as Dr. House reminded us) often lie, use other people’s insurance cards, have confusing names, or have names that healthcare institutions mangle in fascinating and intricate ways. (Hospitals have up to 35 different ways of recording the same name, e.g., Ross Koppel, R Koppel, R J Koppel, Koppel R, Koppel R J, and mistyped or confused, R Koppell, Ross K etcetera) There are myriad other reasons EHR misrepresent reality, including the basic fact that we often don’t know what’s wrong with the patient until many tests are concluded (and even then), patient memories are faulty or the information is embarrassing, most elderly patients have many medications with confusing names and dosages, doctors often want to avoid diagnoses that may prematurely prohibit patients’ ability to return to work or, the opposite, allow some time off of work, etc. In addition, although discomforting for patients to realize, there’s massive ambiguity in medicine. Physicians often don’t know what the heck is going on but are forced to enter specific diagnoses in the EHRs, which can’t handle probabilities or ambiguity. They don’t accept “probably a heart attack but possibly just a muscle tear near the ribs” because the symptoms are so similar.

What Do We Know About Medical Errors Associated With Electronic Medical Records?

Central to this article’ contribution is its data source and an understanding of the direction of causation of the findings: These errors came to light not because a healthcare provider noted an EHR-related problem, but because the patient was harmed, the provider was sued and there was an insurance payment. Continue reading…

If one were writing about the improvement of gastronomy in America, one would probably not celebrate “over 300 billion hamburgers served.”  But that’s very much the type of success Dr. Ashish Jha is celebrating in last week’s piece on recent US healthcare IT sales. Unfortunately, the proliferation of Big Macs does not reflect superior cuisine, and healthcare IT (HIT) sales do not equate with better healthcare or with better health. Quantity does not equal quality of care.

To be sure, Dr. Jha acknowledges the challenges of rolling out HIT throughout US hospitals. And he should be strongly commended for his admission that HIT doesn’t capture care by many specialists and doesn’t save money. In addition, Dr. Jha points to the general inability of hospitals, outpatient physicians and laboratories to transfer data among themselves as a reason for HIT’s meager results.

But this is a circular argument and not an excuse. It is the vendors’ insistence on isolated proprietary systems (and the government’s acquiescence to the vendors) that created this lack of communication (non-interoperability) which so limits one of HIT’s most valuable benefits.

In our opinion, the major concern is that the blog post fails to answer the question we ask our PhD students:

So what? What is the outcome?

This entire effort is fueled by $29 billion in government subsidies and incentives, and by trillions of dollars spent and to be spent by hospitals, doctors and others [1].

So where is the evidence to back up the government’s and industry’s promises of lower mortality, improved health and lower health care costs?

Single studies tell us little. Sadly, as many as 90% of health IT studies fail the minimal criteria of the respected international literature syntheses conducted by the Cochrane Collaboration.