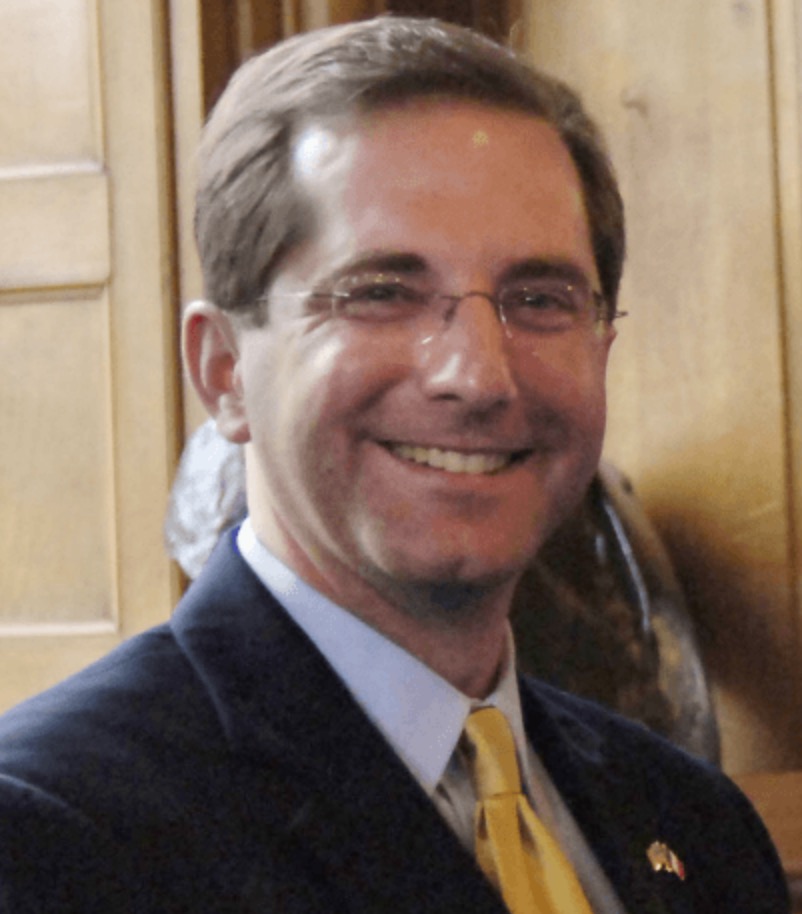 President Trump’s nominee to be the next HHS Secretary—Alex Azar—has a sparkling resume and by most accounts is a practical, accomplished and solid choice to lead the agency and the federal government’s health programs for at least the next 3 years.

He served as HHS Deputy Secretary under George W. Bush.

But the choice is yet another by the Trump administration that puts industry leaders in charge of public policy and programs.   And in this case that could matter as much as the appointment of Scott Pruitt to head the EPA—although I do not equate the two personally since Pruitt is a severe partisan with a disdain for the federal government while Azar apparently acquitted himself well while serving at HHS under Bush.

The problem is Azar spent most of the last 10 years at pharmaceutical giant Eli Lilly and was president of Lilly’s U.S. affiliate before leaving that post in January. He also served on the board of the biopharmaceutical industry trade group BIO.

Conflicts Of Interest In Guideline Development: A Dirty Little Secret Gets Aired Again

An Archives of Internal Medicine article (Conflicts of Interest in Cardiovascular Clinical Practice Guidelines) is getting a lot of notice this month. In essence, many of the physicians who develop guideline that influence practice patterns and payment decisions have conflicts. The authors recommend only allowing those without conflicts to write the guidelines.

This isn’t a new issue. In 2006 I wrote a piece (Another dirty little secret is out in the open) and am reposting it below because it’s timely:

A year ago in Time to deal with medicine’s dirty little secrets?, I wrote about a variety of practices that are relatively well-known in the health care field but would be shocking to outsiders. Industry often takes the blame for “aggressive marketing tactics,” and no doubt some of that is deserved. But physicians are also culpable.

The open secrets include the ghostwriting of journal articles by industry sponsors, physicians and academic medical centers holding ownership stakes in companies whose products they are researching, the clinical role sometimes played by orthopedic sales reps, and perhaps the most egregious example: physicians who set guidelines having financial relationships with the companies that benefit from how those guidelines are set.

Now we have a new example, which is even more serious than usual. A recent New England Journal of Medicine article blames Eli Lilly for overzealous promotion of Xigris. According to the Boston Globe:

Eli Lilly and Co. funded medical guidelines created for the treatment of [sepsis] in an effort to boost sales of a drug with questionable benefits. The allegation was made by senior scientists at the National Institutes of Health. [They] said Lilly tried to shape the guidelines for use of the drug Xigris by sponsoring a three-pronged marketing campaign

The first two phases are by now almost standard practice in the industry:

But then Lilly allegedly took a third step, which was a little shocking even to me:

What’s happening here? Basically, an influential group of doctors is being lazy and greedy, and Lilly is enabling their behavior. The doctors put their fingers in the cookie jar and Lilly keeps restocking it. The public is paying for the cookies –in the form of higher product sales and sub-optimal health care– and should get fed up!

I have no problem with companies using legal means to promote their products, even if their tactics are “aggressive.” They owe it to their shareholders to maximize return on investment. But it isn’t in their long-term interest to push things as far as the medical profession often lets them.

Industry leans on the reputations of individual physicians (aka “key opinion leaders”), medical societies (aka guideline writers), and journals to legitimize their marketing messages. It’s up to the medical profession to scrutinize industry claims and issue independent guidelines and quality standards. Sometimes these claims hold up and deserve to be propagated. Sometimes they don’t. If the docs and journals don’t do their jobs they deserve to lose credibility.

It’s hard to know the extent to which medical guidelines are already corrupted. The situation is a bit like the incident when the Chinese President’s plane was refitted. In the process of fixing up the plane someone inserted a bunch of listening devices (presumably at no extra charge). When the Chinese checked out the plane and realized it was bugged they had to rip the whole thing up. That’s something like what is going on within the major payers. They’ve stopped treating journal articles and guidelines as objective and have started doing their own analyses. But do we really want to leave health care decisions just to them?

Here’s some free advice to the different players in health care: