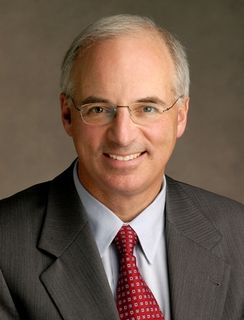 Depending on who you listen to, health care reform in Washington is either closer to reality than it has ever been, or it’s on life support.   Competing ideas are all over the map in terms of how health care should be delivered in America, and how we should pay the tab.  About the only thing everyone seems to agree on is that the current system doesn’t work, and that we need to get something – anything – done.

But with all the energy and effort going into reform, getting “anything done” isn’t good enough.  This is a chance to change the core values of our health care system to deliver access to high quality, low cost care.  It’s time to “invest” in the health of our nation.  We can’t settle for anything less.

As president and CEO of Children’s Hospitals and Clinics of Minnesota, my number one concern is the health of children, and I feel a responsibility to be a voice for children in this debate.  The simple fact is, children don’t vote.  They don’t have political action committees and they don’t make campaign contributions.  But the decisions that elected officials will make about health care will have a huge impact on the health and well being of our children.

If we want to provide the best quality care for children, a few key principals must guide any and all health care reform decisions.

First, we need to address issues around Medicaid reimbursement.  Medicaid is the single largest insurer of children in the country. In Minnesota Medicaid reimburses only around 80 percent of the cost of care, and in many other states, it’s less.  In fact, for all the talk about poor Medicare reimbursement levels, Medicaid pays providers at rates 20 to 30 percent lower than Medicare.  That’s why more and more doctors and clinics are declining to treat Medicaid patients, leaving families without access to proper care.

The current House bill recognizes this inequity and proposes to increase primary care physician payments under Medicaid to 100 percent of Medicare by 2012.  However, it does not address inequities for other key providers such as pediatric hospitals and specialists.

At Children’s of Minnesota, we served more than 42 thousand children on Medicaid in 2008.  We treat all children regardless of insurance status, but Medicaid reimbursement rates do threaten our ability to provide the kind of high quality, specialized services we believe children in our community deserve.

The second key element to reform involves a simple philosophy: we need to reward quality rather than quantity.   My state, Minnesota, has a well-deserved reputation for delivering high quality, low cost health care. Because of this, our reimbursement rates are among the lowest in the country.

We are very concerned about any reform proposals that would apply across-the-board cuts to existing reimbursement rates, without taking into account the value of care already being delivered.

We need reform that provides incentives to caregivers to be innovative around efficiency.  We should be rewarding providers who develop unique care models that eliminate waste while delivering excellent results.  Only then will we see the cost savings that health care reform advocates are promoting.

Finally, we need to change the way we think about health care for children.  Providing health coverage for all children should not be a luxury in this country.  We have already acknowledged that every child has a right to an education, and as a society, we pay for it.  Children’s health care deserves the same support.  After all, the money we spend on children’s health is an investment that pays off for 70 or 80 years, not only in productive lives, but in avoidance of long term health costs. No other health care expenditure has that kind of return on investment.  The needs of children must be front and center in this debate.

There are no easy answers for health care reform.  Honest and thoughtful people can disagree on how we should go about changing the system.  But by sticking to these core principals around Medicaid reimbursement, encouraging efficiency, and investing in children, we will have a good foundation to build on.

Alan L. Goldbloom, MD, is president and CEO of Children’s Hospitals and Clinics of Minnesota, the 7th largest pediatric health system in the United States.  Previously, Dr. Goldbloom was executive vice president and chief operating officer at The Hospital for Sick Children in Toronto, Canada’s largest children’s hospital.  After graduating in medicine at McMaster University in Hamilton, Canada, and training in pediatrics at Boston Children’s Hospital, Dr. Goldbloom practiced General Pediatrics and served as Director of Residency Training at both Dalhousie University in Halifax and at the University of Toronto, before becoming involved in hospital management.