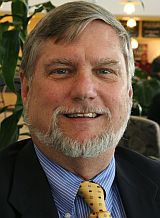 A NEW YEAR’S RESOLUTION IS SOMETHING THAT GOES IN ONE YEAR AND OUT THE OTHER.
– attributed to both Oscar Wilde
and Anonymous
– just another reminder not to believe
everything you read on the web

It is very hard not to write about New Year’s resolutions at this time of year since almost everyone (83%) say they make them, and the majority of us (64%) are not following them six months later. Just one Google search turned up a myriad of medical New Year’s resolutions from a variety of medical institutions and medical newsletters. Some were even age-restricted; “Parental Resolutions” and “Children Resolutions” (3 different age groups). Most seem related to eating healthier, exercising more, losing weight, and new this year, “refrain from bullying”.

New Year’s resolutions probably originated in 156 B.C. when Janus, the two-faced God able to look both forward and backward at the same time, was selected as the symbol of January. Julius Caesar really closed the deal in 46 B.C.when he decreed that January would be the first month of the year. Of course, now-a-days we “have an app for it”.

One problem with resolutions is that they usually exhibit some ambiguity or are overly general, without specificity.  For instance, how does one “eat healthier”? Oneprofessor of nutrition ate Twinkies, Dorrito Chips, and Oreos for 10 weeks and lost 27 pounds. His ‘bad cholesterol dropped by 20%, his “good” cholesterol increased by 20%, and his triglyceride level dropped by a whopping 40%. He did this by lowering his calorie intake from 2600 calories a day to under 1800. And that was his point. Weight loss is a result of reduced calories alone. The mix of carbohydrates, fats, and proteins is not important in a “weight-loss diet”. Any diet works, if it reduces your calorie intake.

This is probably bad news to the developer of the Debt Diet. Drawing a parallel between reducing debt and losing weight, she riffs on the benefits of diversifying source of calories just like the diversification of your investments between cash, stocks, bonds, real estate, etc. She even uses the common 30-30-30% portfolio numbers for the three major food groups (see Zone Diet). Well, we have seen how financial diversity didn’t protect most of us very well, and it appears that diet diversity might be just as useless in protecting us from obesity. The last of the top ten principles of the Debt Diet gives an interesting spin on exercise. If you have trouble avoiding debt and have difficulty reducing your spending, just make more money!  If you have trouble losing weight by reducing your calories, just do more exercise!

Medical science hasn’t been that helpful either. One study (1) found that a high-fat diary diet reduced your chance of developing diabetes over the 14 year study period by 60% while another study (2) showed that people over 70 years of age eating a low-fat diet reduced their chance of dying by 40%. Death or diabetes? The “bottom line” according to one study author is “we shouldn’t change our dietary habits based on one study.”

Calories, as you probably know, is actually a measure of heat. That is why we refer to “burning calories”. The Thermal Diet recommends dropping your body temperature so that you have to “burn calories” to maintain a normal body temperature. The suggested methods go all the way from “carrying your sweater instead of wearing it” to reading the newspaper   while immersed in a bath tub of ice water. This theory sounds exactly like my mother’s theory that eating ice cream reduced the temperature of your stomach and that you burned calories to raise it back up, so ice cream was non-fattening! I didn’t really believe it then either.

The “perception” of healthier can be misleading, as we know from the study that showed that by adding just 3 celery sticks to a meal of a hamburger, or a bacon-and-cheese waffle, or beef chili, or a meatball-pepperoni cheese steak over 900 people dropped their estimate of the calories in that meal by 43 calories. A companion study showed that people who ate at restaurants “claiming to be healthy” underestimated the calorie count on their served meals by up to 56%. The researcher labeled this belief that “good food will fight bad foods” as the “dieter’s paradox”, because the net result, of course, is increased calories, and we all now know that the only way to lose weight is….

Even “grandma’s apple pie” is no longer as healthy as it used to be according to Michael Phillips, keynote speaker at the 2010 Winter Conference of the Northeast Organic Farming Association. “Now it takes 12 apples a day to keep the doctor away. Today’s Red Delicious apple is 30 mutations away from the original fruit discovered in Iowa in the 1880′s.”

So, can we look to our newly ubiquitous electronic tools to help us out here?  It turns out that one of the most popular electronic tool, Facebook, may in fact make things worse. Several studies have shown that if the friends in your  social network (non-electronic) are obese, you are more apt (by up to 57%) to be obese.  These studies (3) involved thousands of people pre-Facebook, BUT they found that the network effect was present even when individuals were geographically distant from each other. (see pictogram below)

Herbert Mathewson, MD, blogs at HUB’s LIST, a compilation of medical fun facts gleaned from a variety of medical journals, newspapers, other public and professional sources, and an occasional
private communication.