Why do the uninsured want to stay uninsured? They won’t say 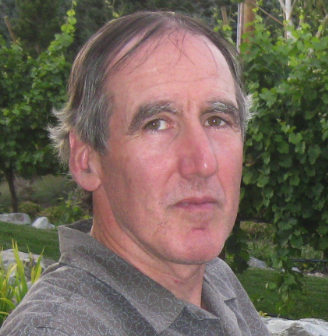 Two uninsured people who insist on their right to remain uninsured have joined 20 states and the National Federation of Independent Business in suing to overturn the new federal law requiring all Americans to obtain health insurance or else pay a tax penalty.

The lawsuit, filed in U.S. District Court in Pensacola, Fla., claims the government is exceeding its constitutional authority to regulate interstate commerce.

The states added the two individuals as plaintiffs because the government is likely to argue that the states lack legal standing to challenge the individual insurance mandate, given that it only affects individuals, not the states.

But the public can’t find out why the two new individual plaintiffs — an auto repair shop owner in Panama City, Fla. and a retired lawyer/Wall Street banker living in Port Angeles, Wa. – oppose the insurance requirement because the lawyer spearheading the suit says they aren’t speaking to the news media.

I particularly wanted to know how these two uninsured people have paid for health care for themselves and their families in the past and how they plan to pay for it in the future. So I asked David Rivkin, a partner at Baker Hostetler in Washington, D.C., who is representing them and the NFIB and serves as outside counsel for the states, if he could put me in touch with them.

“They aren’t public persons and don’t want to give up their privacy,” said Rivkin. He did say they are both around 50 years old – an age when most Americans are anxious to have good health insurance. That made me even more curious about their motives for joining the suit. I also found it funny that two people jumping into one of the country’s biggest political controversies expect to maintain their privacy.

Rivkin’s privacy claim may or may not be true for Mary Brown, the repair shop owner. She initially told me in a brief conversation that the attorneys didn’t want her to talk to the media. Then, after calling Rivkin’s office, she called back and said she’s so busy with her business that she doesn’t have time to talk to reporters. She very courteously indicated she actually would like to talk to me, perhaps at a later date.

But the assertion of privacy doesn’t seem to fit Kaj Ahlburg, a Harvard University law graduate and Clallam County Republican Party leader who recently was appointed to the Harbor-Works Development Authority board in Port Angeles.

Described by Rivkin as a “person of means,” Ahlburg is no shrinking violet. He’s often quoted in the local press commenting on controversial issues such as the U.S. Supreme Court’s eminent domain ruling in Kelo v. New London. And he recently has given public talks on the Islamic religion and on al Qaeda. In December, he spoke to a county GOP gathering on how to mitigate the threat of electromagnetic pulses caused by nuclear explosions high above the atmosphere. Hmm, who knew?

According to an announcement advertising Ahlburg’s January 2009 al Qaeda speech at the Bremerton-Olympic Peninsula Navy League, Ahlburg practiced law and investment banking for 19 years in New York City, is a member of the International Assn. for Counterterrorism and Security Professionals, and watched the Sept. 11 attacks from his office window in Manhattan.

Still, the normally outspoken Ahlburg did not return my two calls to his home.

Based on his background and interests, Ahlburg is obviously a man who values liberty. But he apparently has the financial means to maintain his freedom from health insurance. “He’s been paying his own way any time he incurs medical expenses,” Rivkin said. “He’s done that for years. His health care footprint is zero, and he has no desire to buy health insurance.”

Brown must be an even more freedom-loving person, because she does not seem to have the resources to pay for costly medical care out of pocket.

According to NFIB spokeswoman Melissa Sharp, Brown has co-owned the Brown & Dockery auto repair shop for four years and is “struggling to keep the doors open.” She does not have health insurance for herself and doesn’t provide it to her two employees. Brown has two daughters and two step-daughters; Sharp said she didn’t know the ages of Brown’s children or whether they have any health coverage.

“She’s adamantly opposed to the government telling her she has to buy coverage,” Sharp said.

Rivkin said, “I wouldn’t care to speculate about what she’d do if she became ill. That’s how she chooses to lead her life. There are certainly people who believe that given their current circumstances and health, it is prudent for them to defer getting coverage until some point in time in the future.”

When I asked Brown herself how she pays for health care for herself and her children, she said she gave all that information to the Baker Hostetler lawyers and that I should ask them.

While Rivkin argues that Brown’s and Ahlburg’s personal circumstances are irrelevant to the legal case, Washington & Lee University law professor Timothy Jost says those facts eventually will be highly relevant. “The judge will certainly want to know a lot more about their circumstances,” said Jost, who has written extensively about health reform.

But, he said, the individual plaintiffs’ personal circumstances will only matter in 2015, when the tax penalty applies to those who don’t obtain health insurance. Until then, he said, the lawsuit is not ripe because there is no actual injury. Thus, the courts lack jurisdiction. He predicts the courts will toss the case on that basis.

Of course, by 2015 Brown and Ahlburg may have changed their minds and gotten health coverage. After all, under the new reform law, insurers won’t be able to turn away people in their 50s with preexisting conditions, and there will be sizable subsidies for small business owners like Brown. If that happens, then the states and the NFIB would have to look for some new plaintiffs who demand freedom from health insurance.

Harris
Meyer is a journalist based in Yakima, Wash., and winner of the Gerald Loeb
Award.  He has over 27 years of reporting experience for law and health
care publications, alternative newsweeklies and television news.